After yesterdays video about the smallrig cage it got me thinking. What other cheap Items should you own to make your tech videos on youtube better that wont break the bank.

In this video I’m going to share 3 must have cheap items for making better YouTube tech videos that you should own. Just as a caveat this is stuff that I find helpful and useful to our workflow. 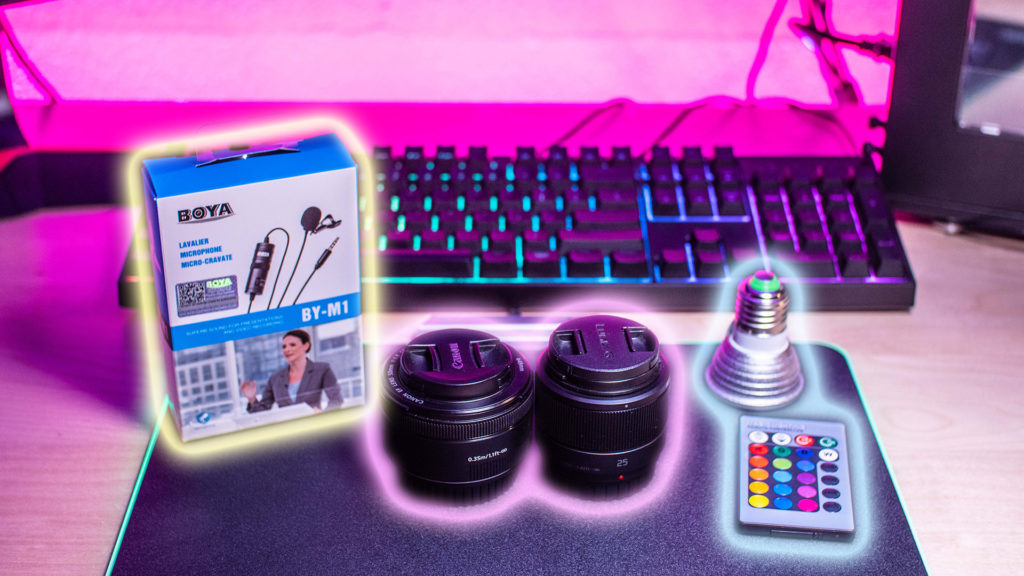 Right first of the bat and probably one of the most unexpected things is the Boya Lavalier microphone. The reason why I think this is a must have is because recently my Rode wireless filmmaker lav decided that it wanted to start crackling and being super annoying. Rather than sending the Rode Lav to Rode to fix it, mind you Rode’s head office is less than 2kms away, I decided that rather than being without a lav system to make videos with that Id just buy a new lav to plug in to the wireless pack, and am I ever happy about that choice.

The Boya Lav is one of best sounding Lavs I’ve used to date. Its an omni-directional condenser with a large frequency range from around 65Hz all the way up to 18KHz.

The Lav includes a lapel clip, a little battery, a foam windscreen and a quarter inch jack adapter. Here’s the thing though, yes I have mine plugged into a wireless pack but, you get a cable that is 6 meters long which for you imperial folks is a whopping 20 feet. So if you’re wanting to do sit down stuff or interview type of content you can still use this Lav plugged directly into the camera. Lastly and probably one of the best things about this Lav is it can be used with your phone. It has a switch which allows you to change the mode from a non powered phone mode to a powered camera mode. Not bad for less than 15 US dollars.

Next up are these little guys. They are little RGB spotlights that fit into most desk lamps or light fittings. These little spot lights are highly directional and can be used to create some really cool effects. We use these little guys in pretty much every single B roll clip on the channel.

I would suggest buying them in a pack because they usually work out to be a whole lot cheaper. They come with the standard looking RGB remote that youd get with anything RGB. and thats pretty much it. They do what they are supposed to do and they do it pretty well. You can usually pick up a pack of 4 for less than 15 US dollars

Next up is a fast prime lens. Now I’m not talking something crazy expensive. Im talking about something under 150 dollars. Now that may not sound that cheap but when you consider prime lenses that are a bit faster cost more than 10 times that then youd think twice about the one of these. I’m going to give you a few options here depending on what camera brand you’re filming with.

Canon peeps you cannot go past the 50mm f1.8 STM. They are buttery smooth, let a lot of light in and the depth of field is nice and shallow. Every single canon shooter should already own one of these and even if you don’t own a canon somehow you will have one of these lenses somewhere.

Panasonic guys like me. You cannot go past the equivalent version of the canon lens the Lumix G 25mm f1.7 ASPH. Same deal as the Canon lens but ever so slightly faster.

Second hand you can usually find both of these lenses from anywhere from 50 to 100 USD.