You may or may not have seen but we built a Ryzen 7 2700X machine to celebrate the launch of the new Ryzen 2000 series CPUs but we felt like there was something missing. We have a habit of building something then ripping it apart and doing proper water cooling. With that said, We decided build probably one of the first Ryzen 7 2700X custom loops in the world. 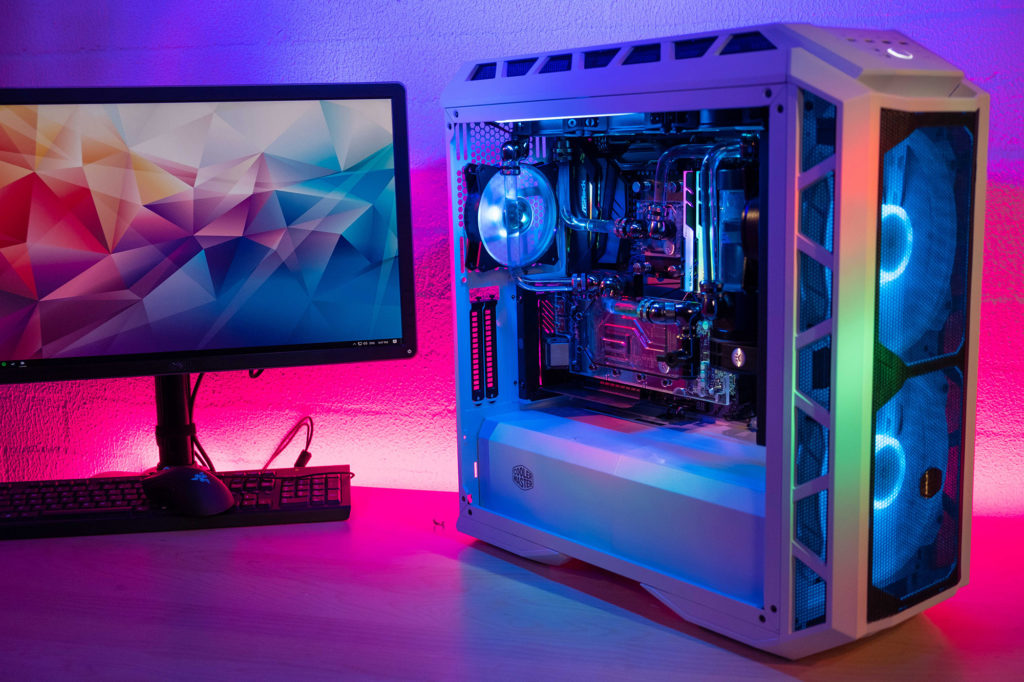 In This video you’re all coming along with me for the ride converting the AIO setup and air cooled gpu setup we had last week into a fully fledged hardline custom water cooled loop so we can overclock it to its absolute limits.

Okay before we begin let’s talk parts. The CPU is the Ryzen 7 2700X which is pretty obvious I think. The GPU is the Gigabyte G1 Gaming GTX 1070. Now we had a G1 Gaming 1080 in it previously but we are using the 1080 for another project in the next few weeks. The Case is the Cooler Master H500P Mesh in White.

The water blocks are both from EK as well as the pump res combo as well as both the 240mm and 360mm radiators. All of the tubing and fittings are all XSPC. Now the reason I like XSPC fittings and tubing is because they are some of the best looking fittings and the pipes are thinner. Personally I like the look of thinner pipes in my hard line loops. That’s just me.

As the time of filming this I actually haven’t chosen the color of the fluid yet so were leaving that for another video when we actually benchmark the system and see how it performs thermally. Spoiler Alert. Its pretty freaking impressive!

We also wanted to give a huge shoutout and thanks to ASRock and Cooler Master for supporting our channel and helping us build these last few projects! Without their support none of these builds would have been possible.