You may have seen that I’ve been streaming to twitch for the last week almost every single night. Well you probably haven’t lets be honest but Ive kinda become a little bit addicted to it even if we don’t get many viewers at all. I have just a fascination with broadcasting live interactive content.

So as kinda a preventative measure to questions that haven’t been answered yet I’m going answer them anyways. Well not really answer them but sort of take you on a twitch streaming setup tour and show you how I do it.

Twitch has been around for a little while and I started messing around with twitch streaming in probably around 2011 with my mates. One of us would stream a movie and we would all sit in Teamspeak and hangout while watching the movie together. Looking back on it now. It was weird. 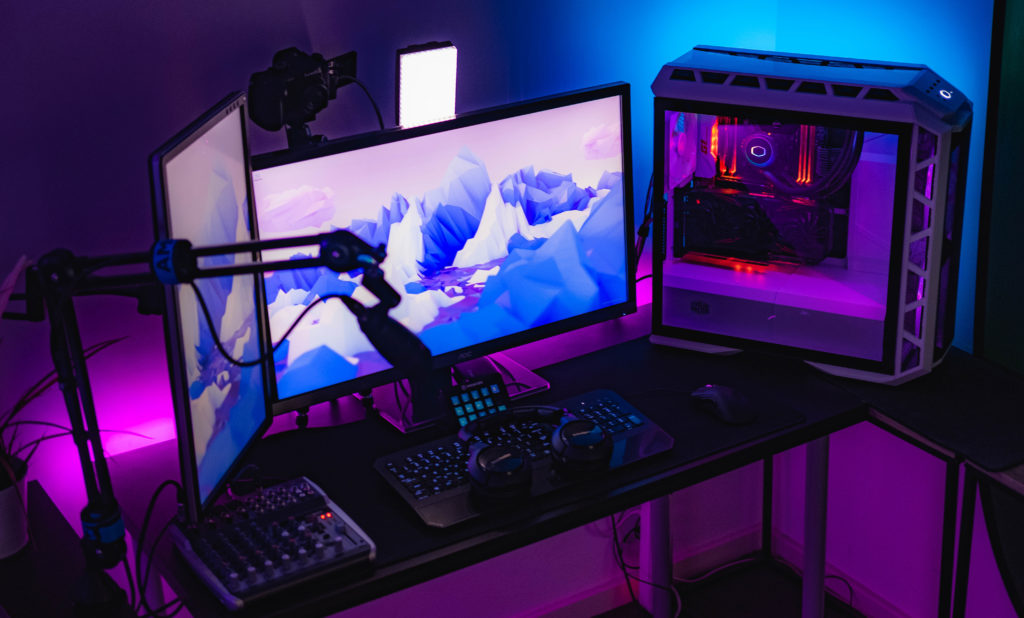 Okay enough story time. Lets talk about the hardware that I use. This setup is different from the setup we use to stream to YouTube in 4K.

The 6900K is sitting on a Gigabyte X99 Pheonix SLI motherboard with only 16GB of DDR4 in dual channel not quad channel. You guys know the story with RAM prices so I’m not going to get into that.

The 6900K is being cooled by my favourite AIO this year The Cooler Master ML240R RGB. I am so surprised by how well it cools the 6900K. Were seeing temperatures max out around 35C. Bonkers right! I thought Id give you an update on the RGB software for the ARGB controller while I’m talking about this. Its out. Go over to Cooler Masters site to download it now.

The GPU of choice is the Gigabyte G1 Gaming GTX 1070. I chose this card because it was the only card I had available at the time and I didn’t want to steal Klaire’s Titan Xp. The 1070 is such a capable card and for the things I usually throw at it, it has no problem keeping up. The other thing is I can easily overclock the core clock to around 2050mhz without any stability issues.

All of this is inside the Cooler Master MasterCase H500P Mesh in White. I love this case. The airflow is ridiculous. An open front with 2 200MM fans. Seriously how can you possibly get better airflow than that. Cable management in the H500P mesh is one of the best Ive seen in a case. What I mean is. You don’t have to do any of it. Well I do but if youre lazy you can just smash all the wires under the covers. We’ve done a few builds with this case but this is the configuration it will live in from now on.

The monitor or in my case the monitors are really important to any streaming setup. My setup is a little overkill in this regard to be honest. I am using the AOC 32inch 4K 10bit display we reviewed a little while ago as well as another Dell 24” 4K monitor in portrait orientation for monitoring XSplit, discord and twitch chat. If you wanna check out the review of the 32inch 4K AOC display there is a link in the top right hand corner right now.

Peripheral time. Now this may surprise you a little but for the keyboard I’m using a Razer Deathstalker Chroma. One of the reasons for this keyboard being used is because the keys are absolutely silent and you cannot hear them. It isn’t the best gaming keyboard in the the world I know but it is silent. The other reason is well because I already had it and it wasn’t being used.

The mouse is the same story, I’m using the Razer DeathAdder Chroma. The reasons are kinda similar. I had it laying around so it cost nothing but also, and this is big one for me, it feels similar in my hand to my daily driver the Cooler Master MasterMouse MM530.

No streaming setup is complete without the Elgato Streamdeck. I’ve talked about it so many times on this channel but it really is one of the coolest bits of tech I’ve used. It does everything its supposed to do and it does it well.

This is sitting on top of probably the best mouse pad I’ve used so far and I’m saying so far for a reason because were working on something that I cant talk about yet. The mouse pad is the Glorious PC Gaming Race Glorious XXL Mat. Its huge, it fits the keyboard and mouse on top and did I mention that its huge.

The webcam situation on just changed before this video was being made. I was using the Elgato HD60S with a Panasonic Lumix GH5 but lets be honest for twitch streaming that’s a little overkill. I even thought about using one of our Lumix G85s but that is also overkill, so I went the actual webcam route.

Were now using the Logitech C922 Pro Streamer. Its pretty good for what it is. The only thing that people complain about is the autofocus but here is a tip for you, use manual focus. I reckon I need a T-shirt with that on it because the amount of times I say that to people who complain about cameras is ridiculous.

As far as webcams go it is really good. The webcam market hasn’t changed a whole lot in the last 5 years, its pretty stagnant if I’m honest. We did consider the Logitech Brio 4K webcam but the additional overhead just wasn’t worth it for twitch streaming.

Next to the c922 Ive mounted a spare led panel light from the studio as I like to keep my office dark at all times and it helps light up my face up.

Okay lets talk audio. For the audio interface slash mixer I’m using the Behringer Xenyx Q1202 USB. Its got phantom power, really good preamps and the price is right. The only issue I’ve encountered with it is I cannot do any type of sidetalk audio with it but thats to be expected on a mixer that is as cheap as the Q1202 USB. The video we did on the Q1202 USB was actually the first video we made for Gear Seekers. Check it out in the right hand corner now.

The Microphone I’m using is the Presonus M7 Condenser. This mic actually came bundled with one of our other Presonus interfaces and it is really good. I’ve recorded a whole bunch of voice-over stuff with it as well as vocals for music and its been pretty solid. You can pick them up for around $50USD on Amazon as well.

The M7 is mounted to the Rode desk mounted boom arm. It does what its supposed. Connects to the desk and is a boom arm.

As far as headphones go Im using the SteelSeries Siberia 800s. These are awesome and they also fit into my category of no software for peripherals is better. I’ve spoken about this headset in the past with nothing but praise. They sound amazing, super comfortable, they are wireless and accept multiple inputs.

Lastly the software. I use XSplit. XSplit is better suited to my needs and I know it inside and out and back to front. That being said I’m doing things a little bit differently than I used to. XSplit has integrated the NewTek NDI protocol that allows you send your video feed from XSplit to any computer on your network that can connect to an NDI stream.

What does that even mean, well, basically my streaming setup doesn’t directly stream to twitch or do any encoding. It sends the frame data to the Mighty ThreadRipper machine which is also running Xsplit and the Threadripper machine does all the encoding and streaming to twitch. It adds an additional 1-2 seconds of stream delay but that’s not an issue at all. This allows me run games at a higher native resolution which makes my experience better and it doesn’t impact the viewers experience either. Everybody wins. 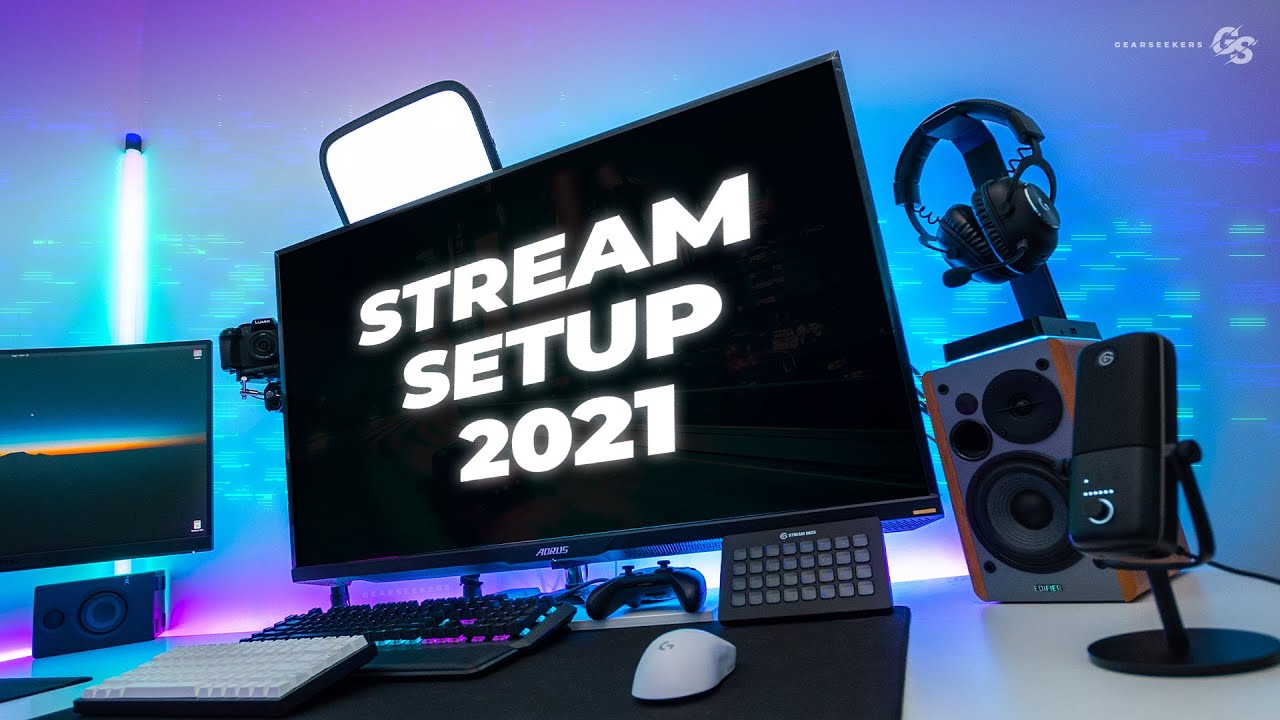 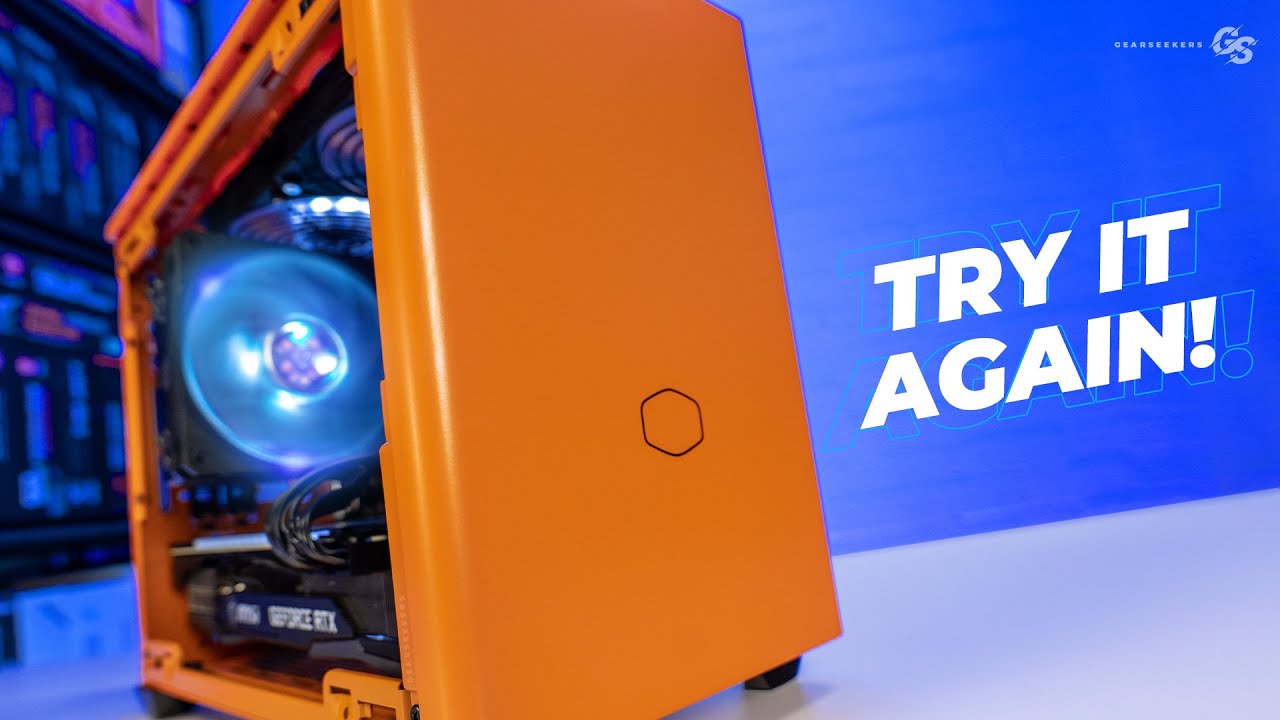 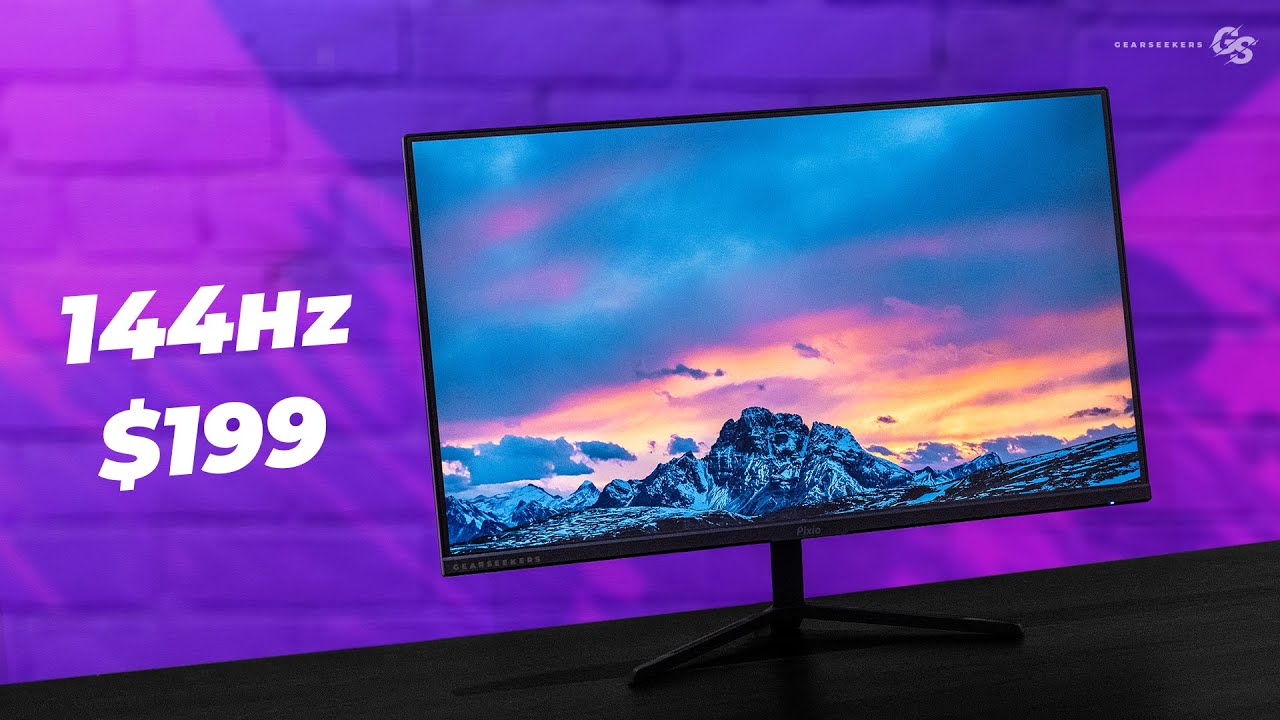 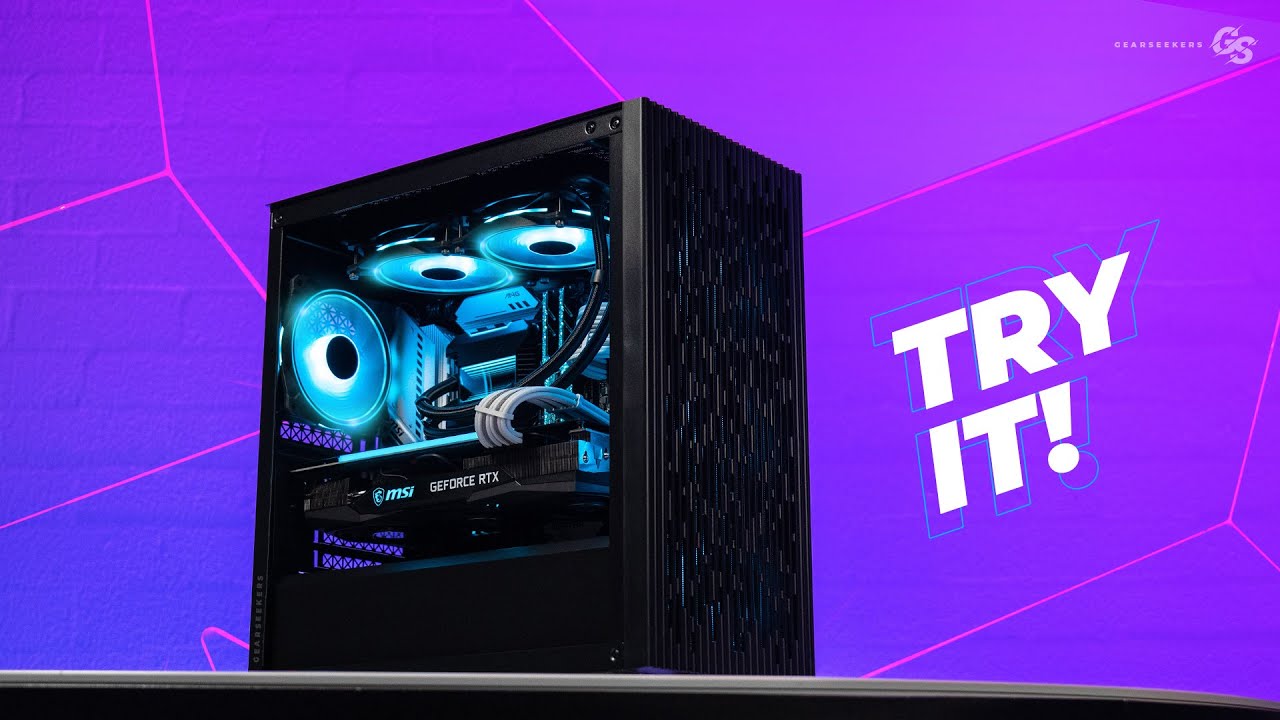 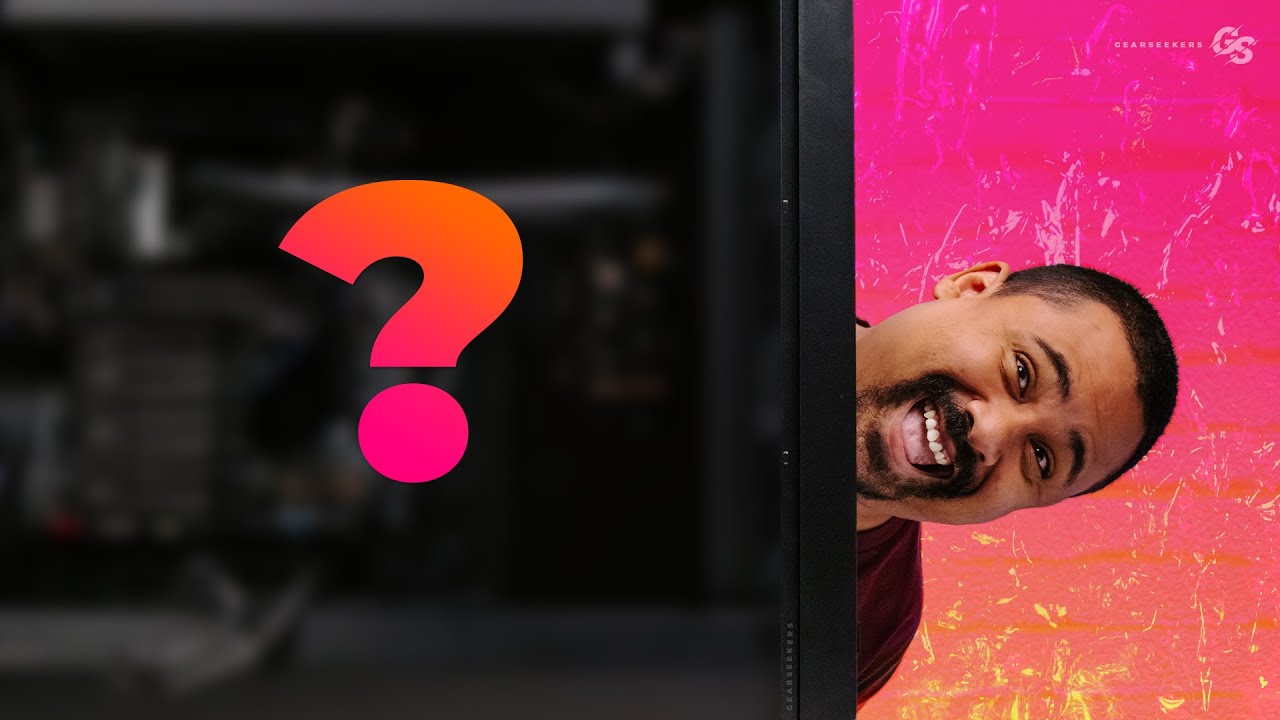