For the longest time Ive been contemplating fully converting to Ryzen for producing and editing all of the content for this channel but something deep down was holding me back… until now.

I have read so many forum articles and watched countless videos about why you shouldn’t use ThreadRipper for editing Premiere Pro but I just didn’t believe it was possible to have such a powerful CPU under perform with something as easy as editing 4K h264 footage. In this video youre coming along for the ride with me as I build my new ThreadRipper 1950X Editing Beast and see if those stories are true.

Cooler Master and ASRock both jumped on board with this build and provided some amazing gear for us. With that said lets talk parts. The CPU is the AMD Ryzen ThreadRipper 1950X. It’s a 16 core 32 thread monster. Were actually using this build for a really crazy project coming soon to the channel so make sure you stick around and subscribe for that. 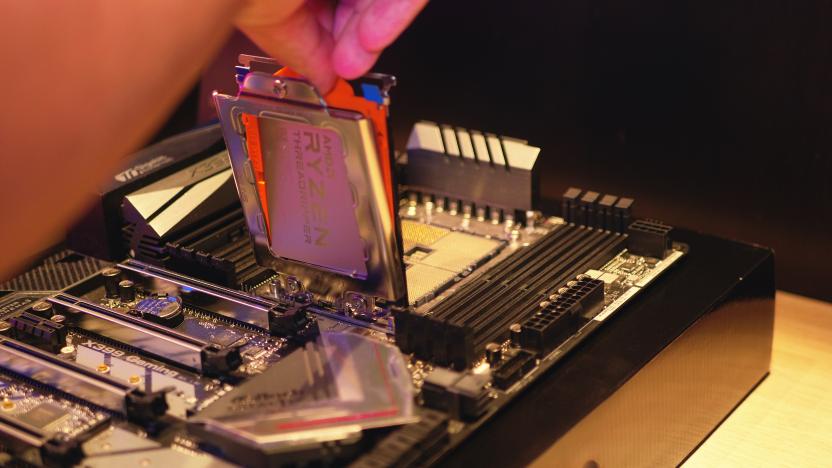 The motherboard is the ASRock X399 Professional Gaming. Its got 10 Gigabit Ethernet On-board, and is probably the best ThreadRipper board you can buy.

For storage I’m using a 500GB Samsung 960EVO for the operating system and programs, a 1TB 960EVO for editing, 2 Crucial 525GB MX300 SSDs in RAID0 for scratch disks and 2 2TB WD Reds for random stuff and assets.

The Power supply is a Corsair HX850i pulled from my X99 6900K editing machine with custom sleeved paracord cables in black and white from Bitfenix.

The cooler is the Cooler Master MasterLiquid ML240L with the optional TR4 Bracket to make it fit on-top of the mighty ThreadRipper.

Last but definitely not least is the behemoth flagship case from Cooler Master. The Cooler Master Cosmos C700P. This thing is absolutely gorgeous and it is probably the biggest case I’ve ever built in.

I’m going answer the question you’re all probably asking and if you’re not asking it I’m going to answer it anyways. Is it any good for editing. Well. Its subjective. The project I’m editing this video in right now has been stuttering like crazy, so the issues people were reporting were true. Well partly true. Let me explain. We use a template project for all the Gear Seekers content and I remake that template from scratch every time there is a Premiere update.

I’ve found that no matter what I do with this current footage in any project I get annoying stuttering, however, every subsequent project I’ve created based on the template minus this videos raw footage is fine. This happened both with my old windows install and also on a fresh windows install. The same footage in Resolve 15 is fine. Its a little gremlin but if 1 project is weird and everything else is fine, I can live with that. Hopefully Adobe can pull their fingers out and address this issue.