I hope you enjoyed that different style of build video. It took us around 3 weeks of building and planning for that whole project to come together. Its probably the longest time I’ve ever spent building a single computer. Even when I was working in a Datacentre we didn’t spend that much time doing cable management. 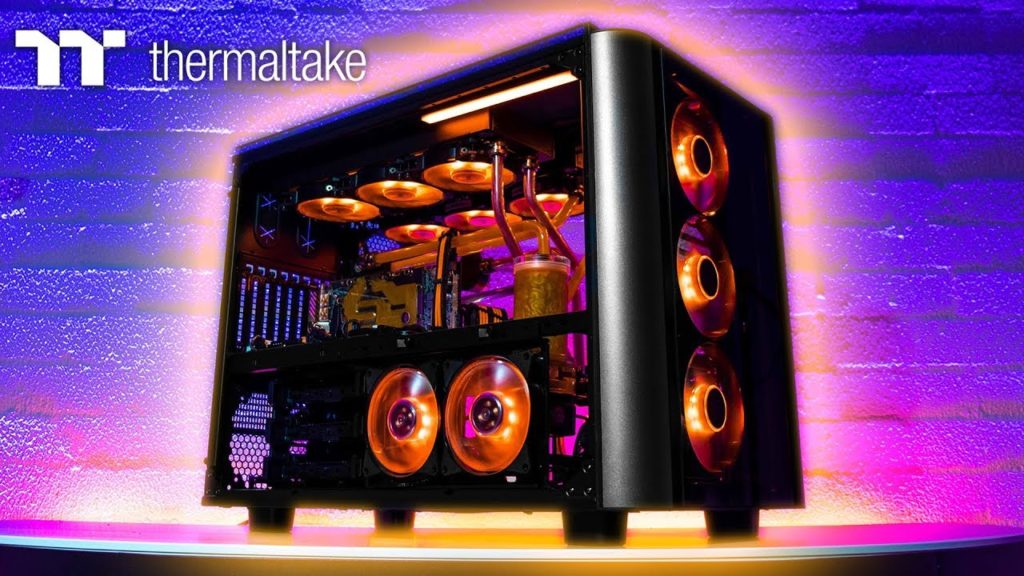 I was going to talk about the hardware but again I don’t think there is really a point. If you’re buying this case youre not putting an ITX motherboard in it with a GT710. You’re going balls to wall and you’re going all out. You’re Not messing around with budget parts. That’s the point of this case.

The Level 20 XT is super easy to build in and it should be because its huge. The original plan was to do dual 480mm slim radiators in the top but the 2 rads we ordered were taking a lot longer than expected to arrive so we cancelled that and went with our tried and true dual 360mm setup instead.

You probably noticed that we actually built 2 independent loops. That was the way I had planned it right from the start and I really wanted to do a crossover style loop as well. I had planned to do it with a previous custom loop we’ve built on the channel but the other case wasn’t big enough.

The cable management on the case was easy and there are plenty of little hidey holes to put cables as well.

I wanted to talk about airflow because I know that people are going to ask about it. Between all of the glass panels there are air gaps. In-fact the side fans that air almost touching the glass even have airflow. If you put your hand on the gap you can feel it sucking air. I have no idea how Thermaltake designed this so well but I can tell you now it doesn’t just look the part, it performs as well.

I did a 30 minute stress test in AIDA64 with the CPU and GPU hitting 100 percent and the CPU maxed out at 45 degrees and the GPU maxed at 33 degrees. Of course that is because of the crazy water setup but still you need adequate airflow for those kinds of results.

The Thermaltake Level 20 XT releases worldwide on Tuesday 28th August 2018 but no pricing is available at the time of filming.

Special thanks to Thermaltake for allowing us to release this video well before the worldwide launch. Some of the bigger channels broke release date with the other Level 20 cases last week so they thought it was only fair that us little guys get in first for once.