Almost every system that we have built this year has been larger than life. So with the support of ASRock we decided that we would shrink everything down a little and build something that is affordable, small, powerful and has all of the RGB you could ever possibly want. 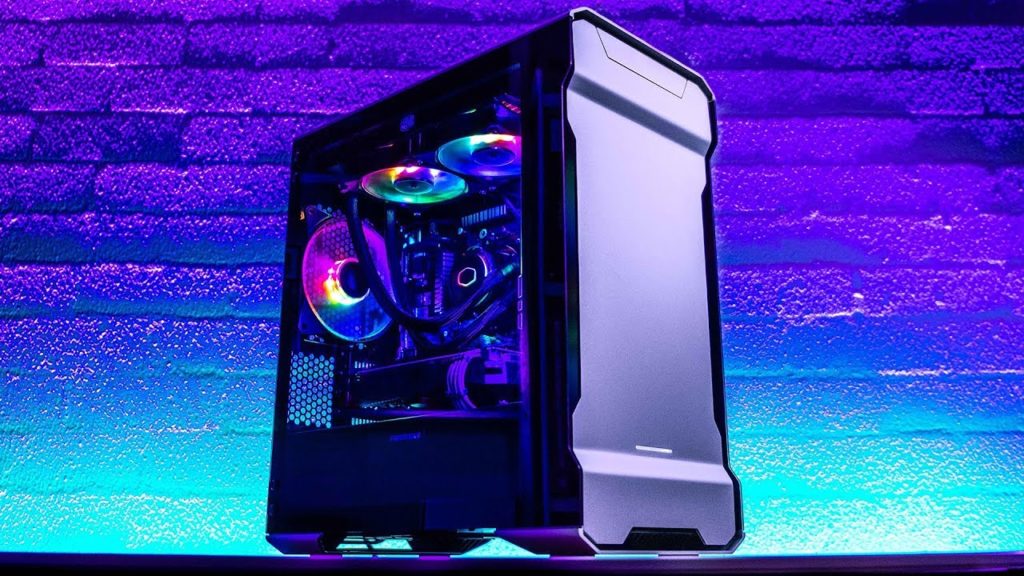 In this video were building a tiny but mighty little Ryzen based machine that can stand toe to toe with much larger systems.

Okay lets kick it off by talking about your favourite part, the parts. The motherboard were using for this build is the ASRock B450M Pro4 Micro ATX motherboard. This board is awesome, it features 2 M.2 slots, 4 DDR4 ram slots, StoreMI and can overclock like an absolute beast.

The CPU were using for this build is the AMD Ryzen 5 2600. This little guy packs 6 cores 12 threads and can comfortably be overclocked past 4GHz while consuming next to no power at all. This is actually the first time were using a Ryzen 5 for a build on the channel.

The RAM were using is 16GB of G.Skill Trident Z RGB clocked at 3200MHz. The reason why were using 3200MHz ram in this build is its the optimal speed for this motherboard and CPU combo.

The GPU were using although its not shown in the video is the ASRock Phantom Gaming AMD Radeon RX580 8G. We had a shipping delay, yeah its normal. Nothing we can do about it. By the time you watch this video and we revisit this system for some follow up benchmarking and performance stuff it will have the new GPU installed.

For now were using a WD Blue 256GB M.2 SSD. This is going to change as well to something much faster for when we do the benchmarking.

The AIO water cooler is the Cooler Master MasterLiquid ML240R. We have used these coolers a lot this year and we love them.

Speaking of Cooler Master, they provided us with a stack of their brand new MasterFan MF140R addressable RGB fans so we can do all of the unicorn things.

Lastly is the case. We decided to use the Phanteks Enthoo Evolv MATX in Silver. Now the reason why I chose this case over anything else is because of its understated and very clean design. Its not over the top looking and Phanteks cases are typically really easy to build in. I used on of the full sized versions of this case for over a year in my main rig and I loved it. I am aware that the airflow is not optimal but it just looks so freaking cool.

I am really impressed with the performance of this system so far. Seriously. It feels really fast. Maybe that’s just the high refresh rate monitor and Freesync tricking my brain. I doubt that though. We will find out next week though when we put this system through its paces with some more videos featuring this motherboard and dive into how StoreMI works and some serious gaming benchmarks.

I wanted to talk about building in the Phanteks Enthoo Evolv MATX. It is seriously in my top 5 easiest cases to build in. That top 5 includes the Cooler Master Cosmos C700P, H500P Mesh, The bigger brother of this case and the Fractal Design Define R6. I literally didn’t run into a single thing that annoyed me. This case will be sticking around for a while.

Special thanks to ASRock and Cooler Master for always supporting our dream of building beautiful computers for you to enjoy. Without their support we wouldn’t be where we are today.