We get so many requests and questions from all you amazing people to build budget gaming setups. Well I’m not going to do that. Well at least not in this video. Think of this build as not quite budget but kinda budget build. Lets call it a middle of the road build. It’s got “budgetish” parts but also a decent upgrade path.

I thought it was about time that we did something Intel, and more specifically, Coffee Lake. In this video I’m going to build an i5 8400 middle of the road gaming machine and answer the age old question, will it run Quake Champions.

Okay lets talk about everyone’s favourite part, the parts. The CPU I chose is the Coffee Lake Intel Core i5 8400. The reason I chose this CPU was because its one of the new 6 core i5 CPUs. Its quite affordable and bang for buck is probably one of the better 8th gen Intel CPUs. Although on paper Its quite conservative with a base clock of around 2.8GHz its boost clock is a whopping 4GHz. 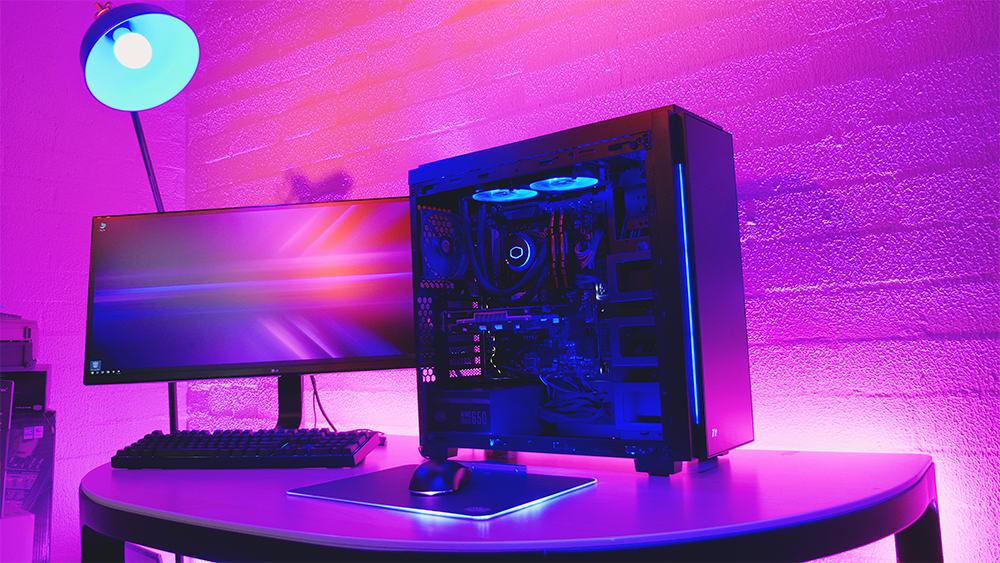 Next up is the motherboard. I had a few options here but I wanted a solid upgrade path. Although there are cheaper boards out there I wanted to go for a Z370 board. The board I ended up choosing was the MSI Z370-A Pro. Its quite understated as far as Z370 boards go because foregoes things like RGB but for this build it doesn’t really matter.

Cooling the CPU is the Cooler Master ML240R RGB. We’ve done a lot of builds with this cooler and price to performance as well as aesthetics, it just cannot be beaten. Its easily one of the best AIOs we’ve seen this year.

The GPU choice was a difficult one. There were a lot of options since GPU prices have started to come down but even a GTX 1060 3GB didn’t make sense since. Lets be honest its not a real 1060 anyways. The GTX 1050 Ti usually comes in a 4GB version and makes more sense. So thats what I did. I went for the 4GB MSI GTX 1050Ti. One of the best things about this card and more specifically for this build is it doesn’t require any PCIe power at all.

Speaking of power the PSU I went with is the Cooler Master MWE650 80 Plus Bronze. The power supply didn’t need to be modular or have fancy cables. It just needs to power the system with a little bit of headroom to upgrade later down the line.

Okay so RAM. This is a bit of a strange one. I try not to build systems with less than 16GB RAM so I went with the GSkill Ripjaws 5 or V or however you wanna say it 2400MHz DDR4 16GB kit. As far as 16GB kits go, its on the lower end of the spectrum price wise but still performs very well.

All of that is going inside the Thermaltake Versa C23 Tempered Glass. I love how this case looks and it has plenty of room inside for activities. Its got a built in RGB controller and built in RGB strips on the front and top panels that make for some very classy accents.

Over the last weeks or 2 I’ve been playing quake champions non stop. Seriously. I have problem. Its super addictive. With that said lets see how well it runs Quake Champions.

There you have a middle of the road budget but not budget gaming machine built to run Quake Champions. I am really chuffed that this setup played quake with all the settings maxed out. To be honest the 1050 Ti always surprises me with just how well it can everything and cost such a small amount of money compared to the more expensive cards. I will definitely be using this machine as my quake machine from now on. Seriously I’m really impressed.