Earlier this year when the Ryzen 3 2200G came out we built a new couch gaming pc in the Phanteks Enthoo Evolv Shift. The machine has been really good but I want to start running some emulation stuff on it so I thought it was time to revisit this build. 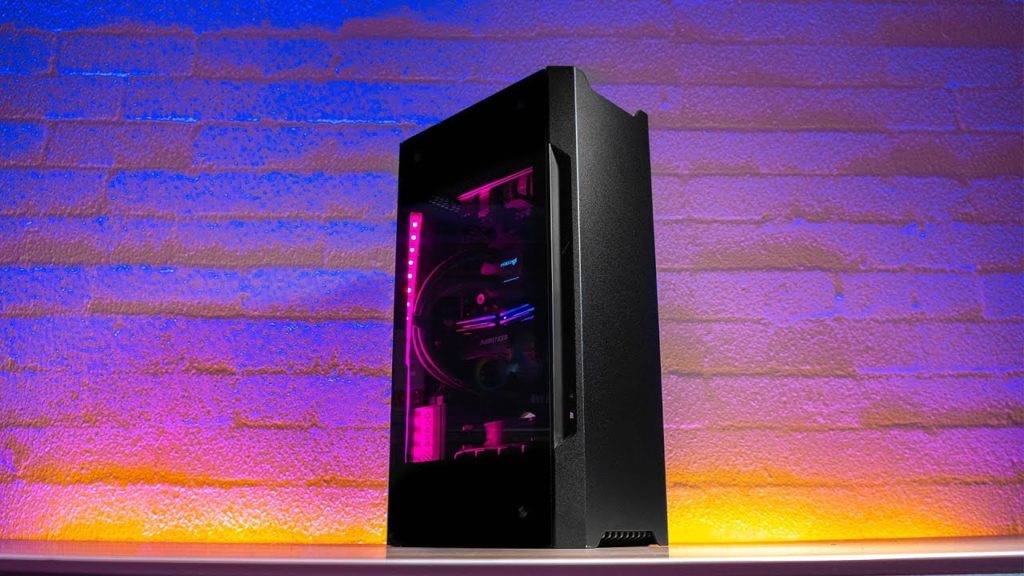 Okay lets kick it off by talking about your favourite part, the parts. The motherboard were using for this build well reusing is the Gigabyte AB350N Gaming Wifi Mini ITX board. This board is jam packed with just about everything you’ll need for a couch gaming setup.

The GPU were using the Gigabyte Aorus AMD Radeon RX580 4GB. This GPU is pretty perfect for what this system is going to be doing, anything else would be pretty overkill.

I was going to upgrade the CPU to the Ryzen 7 1700 but I figured that with a mild overclock on the original Ryzen 3 2200G, It just wouldnt need the swap.

Now this was a hard choice to make. I didn’t want to just swap the ram out and put in a dedicated GPU I wanted to add that overclocking headroom. Because the case is super tight to work In and it can only fit a 120mm AIO I went for the Corsair H80i v2. I had it on hand and I had an AM4 bracket for it as well.

The RAM were using is 16GB of Team Group TForce Night hawk RGB clocked at 3000MHz. I have been using this memory for about a week in a few systems and its really really good.

It was really cool to revisit an older build. I really like how the system performs now with the AIO. The trade off is with the dedicated GPU it warms up the case a bit more than before but the CPU basically runs the same as it did before after overclocking.

I wanted to address some comments from the original video we did when we build it. The airflow on this case is decent. The top and bottom of the case are open all of the sides are basically open. If you come to the comments section on our videos and make crazy accusations about this case and say things like DO NOT BUY THIS CASE or Buyer beware you are literally an idiot and everything thinks youre an idiot. Shhhh. Keep your crazy thoughts to yourself. No one needs to hear your doom and gloom negativity there is enough of that on the internet as it is.

Special thanks to Team Group for hooking us with with their brand new T Force Nighthawk RGB RAM. Im not just saying its good because they sent it to us, it is literally a seriously good bit of kit.