When you think of a brand like Patriot your brain automatically thinks about RAM. You can understand that when they reached out to us and asked if we wanted to check out their brand new Viper Gaming Mechanical gaming keyboard I was a little confused. This is where the confusion ends. 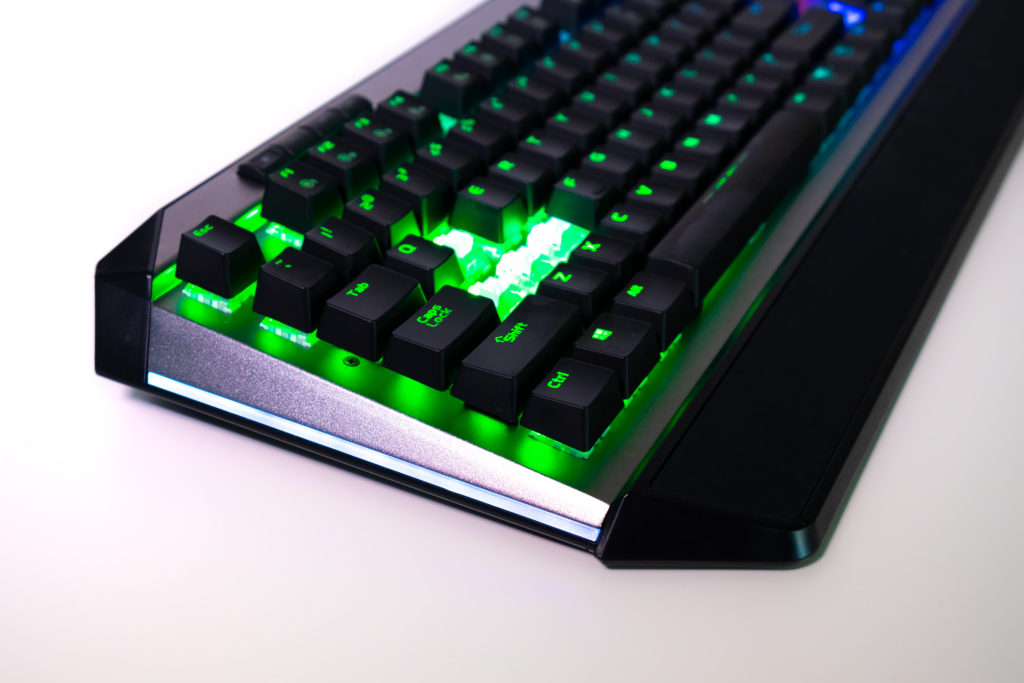 Patriots gaming arm Viper Gaming has been making excellent RAM for gaming applications for many years. In this video were going to take a look at the Viper V765 mechanical RGB gaming keyboard.

I want to preface this review with how I came the conclusion that I did before I start. Over the weekend I streamed Fallout 76 on YouTube, Twitch and Mixer for around 12 hours in total only using the the Viper V765. I think that’s a decent amount of time to come to a conclusion.

In the box you get the keyboard itself, the magnetic palm rest, a little package with some Viper Gaming stickers and a key removal tool. 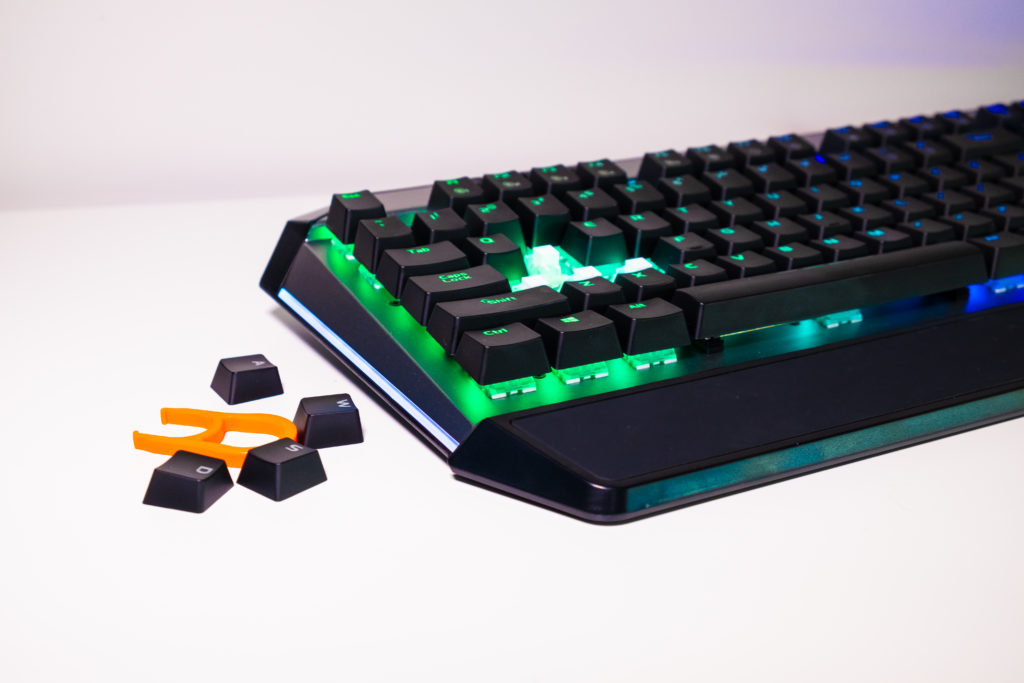 The overall design and construction is good and feels very premium. The USB cable is braided and has an attached Velcro strap to help organise the cable. As far as I know the cable only comes in a red and black version version. There is no cable routing channel on the underside of the keyboard but that isn’t really a big deal if I’m honest.

The keyboard itself is made from a combination of a plastic underside and the top side is made from aluminium not aluminum. There is also a magnetic palm rest that is included as well. That to me for any keyboard has to be included these days. To be honest with you, if I keyboard doesn’t have an option for a magnetic palm or wrist rest I probably wouldn’t buy it. 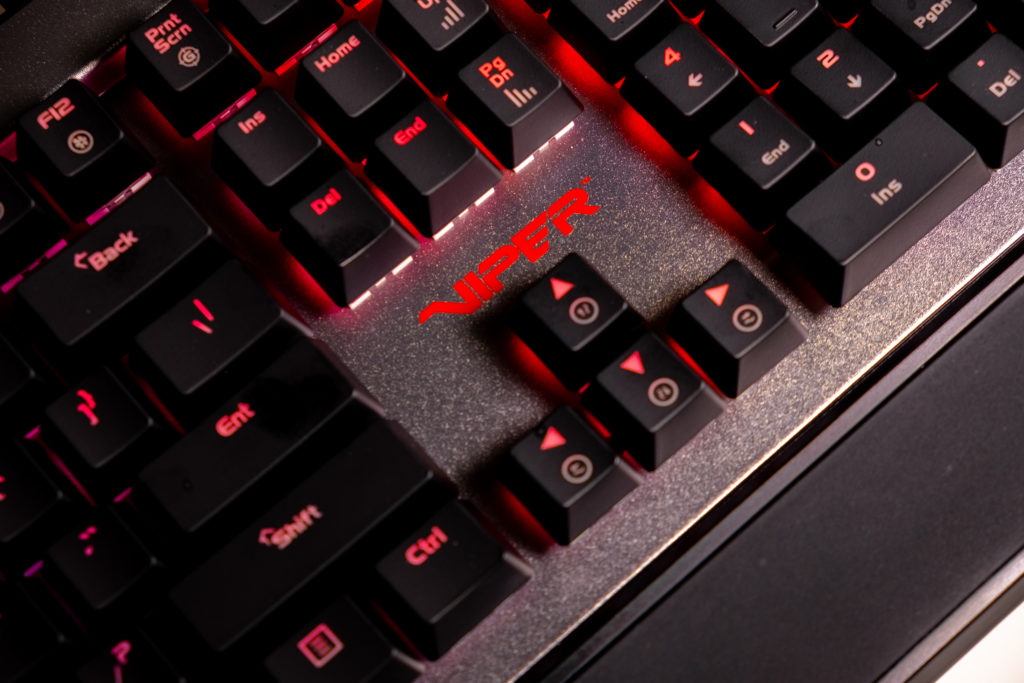 The switches being used are the new Kailh white box switches. They are a switch type I haven’t used before however I think they might be some of my favourite switches so far.

As far as switches go they feel like the Cherry MX Brown switches but are clicky like the blue switches but not as loud. I hope that makes sense. The actuation force is the same as a Cherry MX Brown switch as well at 50g. I wasn’t sure about these switches when I first used them but after actually using them for playing fallout 76 for 12 hours. I really like them. The white box switches are also water and dust resistant with the IP56 rating. 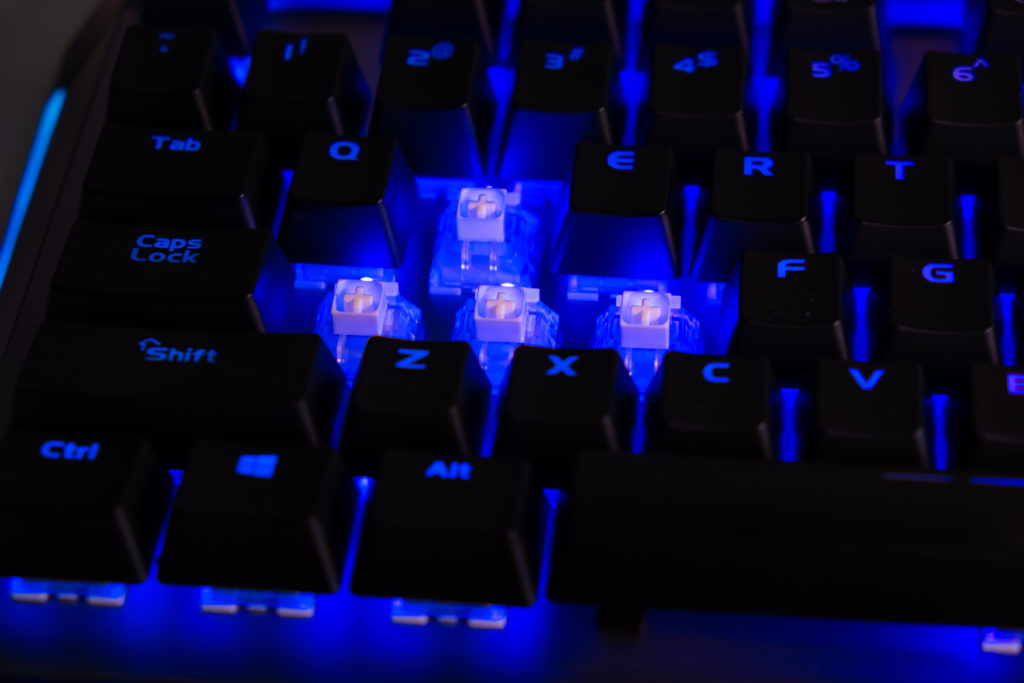 The addition of media keys on the top left is a nice touch and they are pretty tactile. Other media controls include a volume wheel that will toggle mute when you click the wheel in.

The keyboard has per key lighting and can be controlled in part on the keyboard and also with software that can be downloaded from the product page on the Viper Gaming site.

The lighting on the V765 is controlled with a combination of pressing the function keys and the function key does that make sense. You can control almost all the lighting using this method but for quick and easy light control Id recommend using the software.

The software is easy to use and very straight forward. It allows you control the lighting in basically every way you’d want to and allows you to control polling rates and response times as well as Macro recording for people who want it. 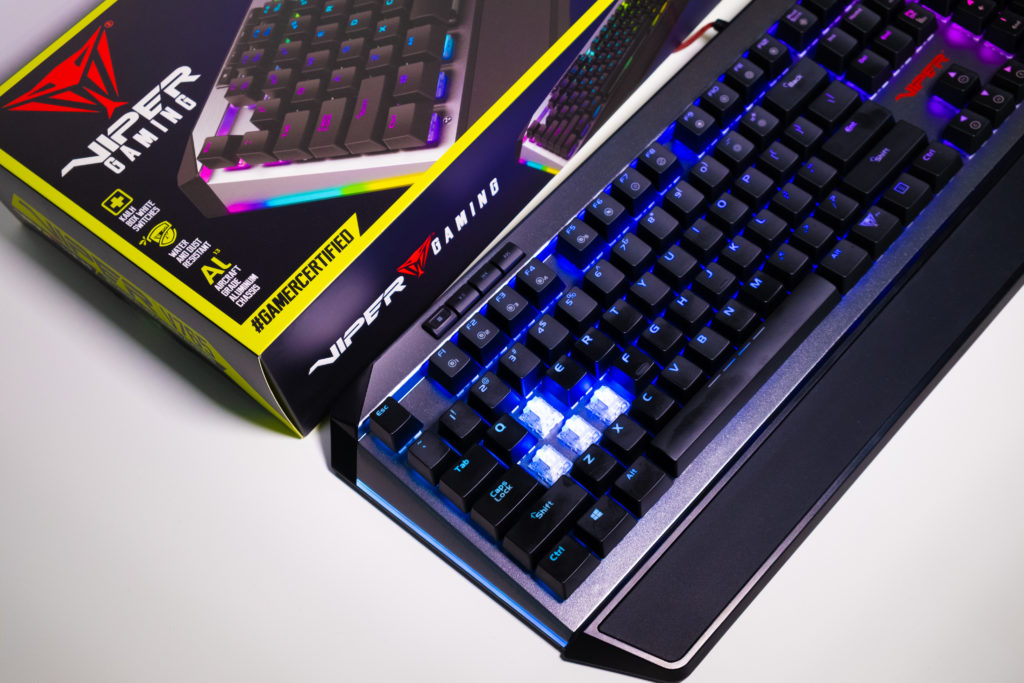 All those specs and all that jazz is out of the way. Lets talk about what I like about it and what they can improve on.

One of the biggest things for when I’m checking out any keyboard is whether or not you can configure it with or without software. The Viper V765 negates the need to use software for most things. There is nothing i dislike more than having to install another bit of software on a computer for something as simple as a keyboard. For lighting control though, if I’m being honest, I prefer to use software. 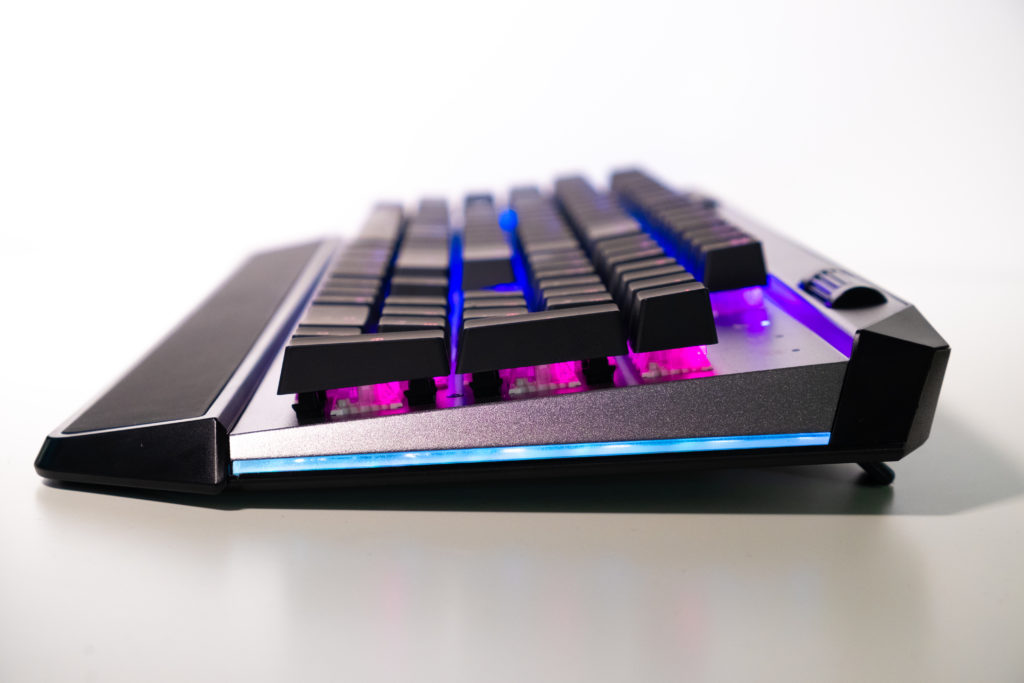 Lets go back to the construction. There is no deck flex at all. Trust me i tried. For someone like me who spams their keyboard when playing games its a nice to have the keyboard feel like its not going to fold in half when you press a key really hard.

Not only that, when I used the V765 for an extended period of time my fingers didnt feel sore at all. Some keyboards I have used for long sessions of gaming I have felt that my hands are sore. I haven’t encountered this at all with the V765.

One thing I would really liked to have seen though was a removable USB cable like the Cooler Master MK750 but that’s just me being super picky.

Overall, I think the the Viper Gaming Viper V765 has been executed quite well. It feels nice to play on and type on. The biggest surprise was the Kailh white box switches. They are really good and I think maybe even one of my favourite feeling switches. They are fast and clicky but not excessively loud. The keyboard itself feels like a really premium keyboard but for around 50 us dollars less than basically all of the premium keyboards in the same category.

I really like the Viper V765. I like it so much in fact that I’m now using it as keyboard on my streaming and gaming PC. Special thanks to Patriot for sending us over this review sample. I’m glad they did because this keyboard is awesome.

I’m gonna level with you guys as well. We get sent a bunch of keyboards from lots of different manufacturers but I feel like some of them just aren’t worth mentioning because they are a literally a re-branding of a cheaper Alibaba keyboard with cheap switches. The Viper V765 is none of those things which is why we reviewed it in the first place.