Last week I talked about not switching to Linux because of the current state of the content creation tools that I use. This week I wanted to address a topic that a whole bunch of you talked about in the comments section on the last Linux video and that was gaming in Linux. 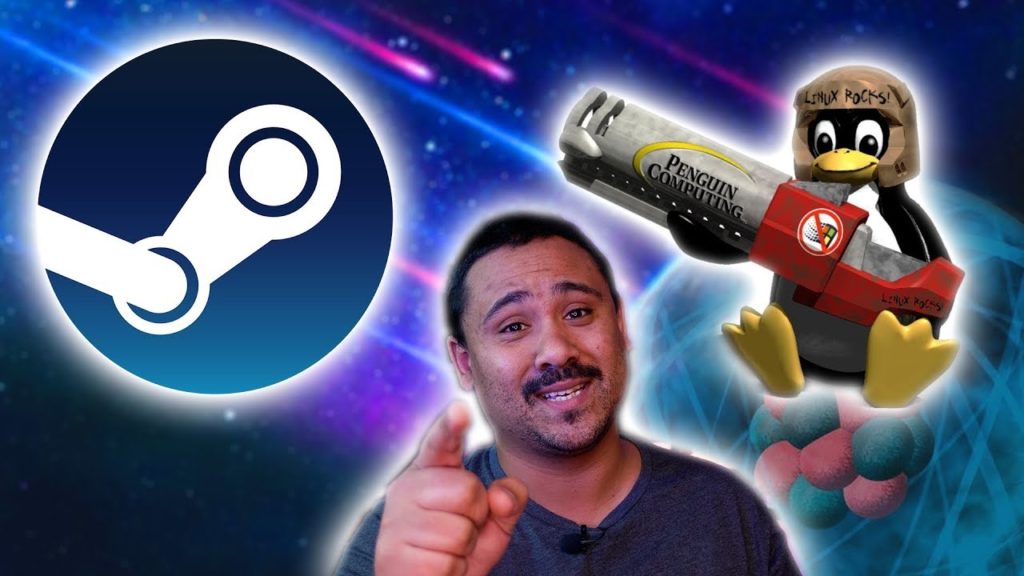 In this video were going to take a look at something new that was released in beta a few weeks ago. Its called Steam Play. Its a really ambitious project by Valve to bring Windows gaming to Linux and macOS.

I want to start off by saying that, yes I’m aware of Lutris and DXVK and using their wine wrappers for gaming, but I think for most people who are new at Linux and more specifically Ubuntu, I think Steam Play is a lot more accessible to people wanting to try out gaming on Linux and a lot more familiar because it looks exactly the same as the steam you’re used to using in Windows.

Right so the state of gaming on Linux has always been a bit of a battle for me. I did switch for a little while to gaming on Linux when I was only playing Unreal Tournament 2004 as they had a Linux version at launch. That was almost 15 years ago as well. Pretty Epic, epic.

So what is steam play. Well let me explain this to make it a little bit easier to digest. Steam play is the name given to Valves platform for cross platform gaming. That’s it. Its just a name. What lies underneath Steam play is something more. Let me repeat that, steam play is the name but Proton is the game. Underneath steam play is valves own version of the wine wrapper. Wine or Wine Is Not an Emulator basically allows you to run windows applications in Linux or macOS. I’m not going to explain how it does it because that’s not really what we do here.

Because Wine itself is open source people can modify and optimize the code for certain implementations. That’s exactly what Valve did and they called their version of Wine, Proton.

Like any other Linux or Ubuntu type of project there are a few prerequisites. You’ll need the latest GPU drivers for your GPU installed. If you’d like me to do a video on installing the latest NVIDIA and AMD drivers on Ubuntu 18.04 let me know but if youre really stuck with getting them to work, you can always join our Discord Community. Id be happy to help you out and actually it would be awesome to have a few more Linux gurus in there too if you want to help anyone out.

Now all that stuff is out of the way. Lets show you how it works. Were going to use Doom as an example because its on their officially supported list but as you’ll find nothing is ever as easy as installing and playing on Linux.

As you can see Linux gaming has a long way to go to get to the level it is on Windows but if this is any indication of the future, I think gaming on Linux has a very bright future. I’m not just saying that because I love Linux, its because if a company like valve is willing to spend their time and resources trying to make your steam library playable on any operating system, I think other companies will need to follow suit and take Linux gaming a lot more seriously.

Like I mentioned at the start, Lutris is also a thing and I tip my hat to the developers that are making Lutris a viable alternative to steam play and proton. Lutris is a lot more mature than Proton as well so its compatibility is way more impressive than Proton. I’ve done a fair bit of play testing with Lutris as well and it is very impressive.

I actually had to make this entire video twice because we had some of the hardware in our Linux machine die, so this video is actually like a whole week late, so thanks for being extra patient. I did actually have a whole bit about Lutris as well but yeah, all the screen cap stuff is gone.