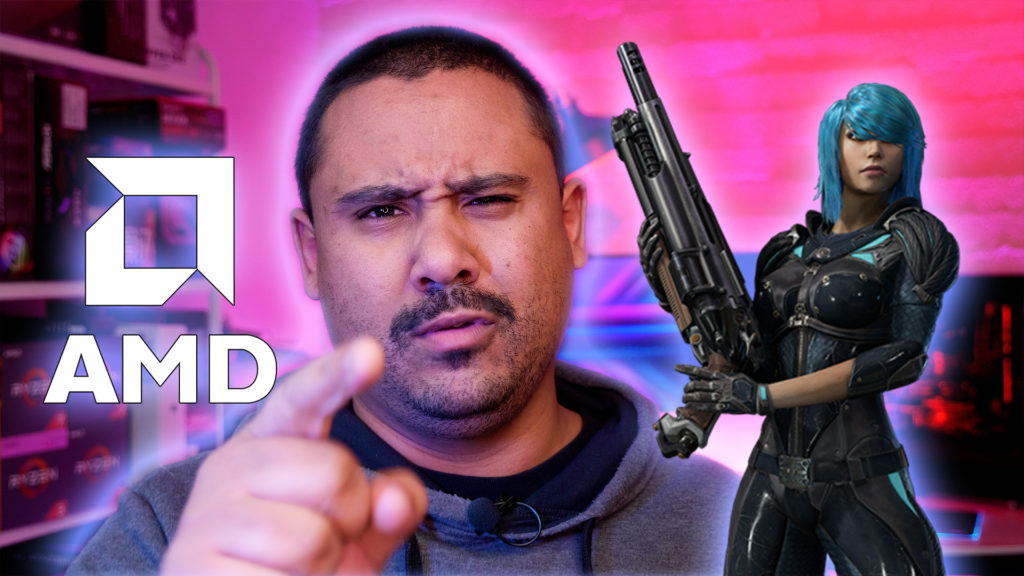 I’m not an AMD or Intel slash NVIDIA fan boy and like I say in all our build videos. I am a purpose builder and I build machines based on whats best for the job and within budget. I edit all these videos on a Threadripper machine and play my games on an Intel machine.

I’m going to put the same i5 machine I built for Quake up against an AMD machine with similar specs and see if that optimized for AMD slash Radeon banner when the game launches is bull**** marketing mumbo jumbo or if it actually means something.

Right so this comparison consists of 4 total configurations. The GPUs I chose for these tests are the NVIDIA GTX 1060 6GB and the AMD Radeon RX580 4GB. On paper the 1060 is only about 1 percent more powerful. They are both being put into 1 of 2 systems. The first being the Intel i5 8400 system from the Quake Champions build with 16GB RAM and the second being a Ryzen 7 1700 machine using the exact same RAM and NVMe M.2. This is the lowest performance Ryzen chip had on hand however its generally around 22 percent more powerful than the i5 8400.

But Since this game is basically completely GPU bound the CPU doesn’t really matter that much. I ran 3 gameplay tests per config with a total of 12 tests conducted and the numbers were all averaged out based on all of those tests. Lets see what happens.

Even I’m surprised with the results. The Intel slash NVIDIA combo beat the AMD setup in every test but not by much. To be absolutely honest, its within a margin of error anyways. For someone to say that the game is better or optimized for AMD, so only pick AMD parts for a Quake Champions build is an absolute load of garbage. Just like I predicted its just marketing bullshit. The numbers don’t lie. I’m happy for anyone to prove me wrong but please back up your claims with actual evidence. Like I just did in this video.