One of my favourite types of PCs to build are ones that are loosely based on a common theme, so when our friends over at Fraxcion asked us to build them a new computer to celebrate the launch of their 2nd season clothing line and their website relaunch, we literally couldn’t say no. 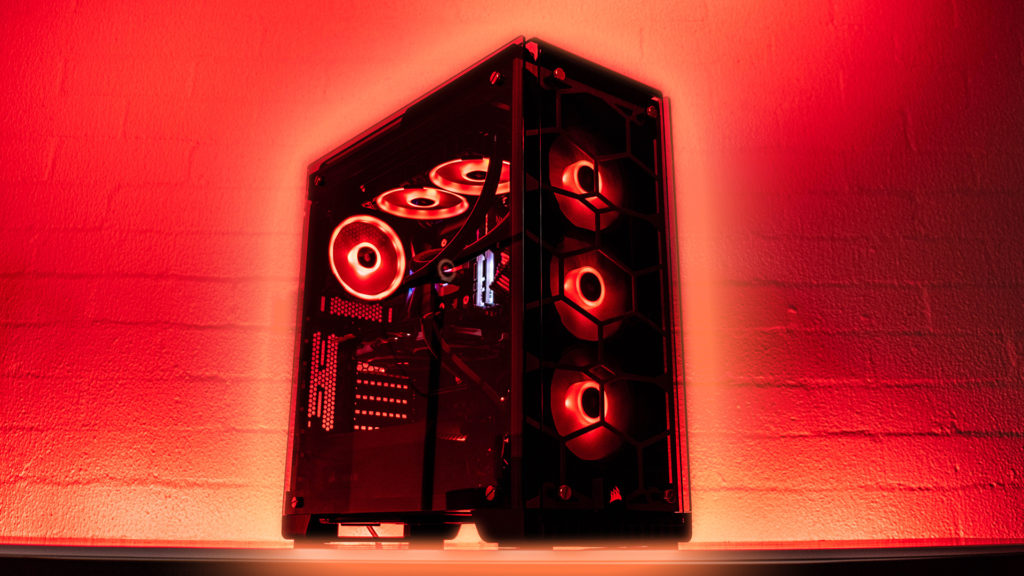 So lets get to it and build them a cool new PC that packs a punch and has the looks to match.

The theme was pretty simple. They wanted Lots of red and lots of black. So that’s exactly what we did. With that said lets talk about everyone’s favourite part, the parts.

The CPU we chose is my favourite CPU this year if you haven’t already noticed. The AMD Ryzen 7 2700X. The 2700X is amazing for high end productivity which is mainly what this machine will be used for. The Motherboard we chose was the MSI X470 Gaming Pro Carbon. We chose this because its black and it looks amazing. It also has a built in corsair RGB header as well, which leads us into the next part, the case.

The case we chose is the Corsair Crystal 570X Red Edition. Its completely tempered glass and its got red accents. The airflow is pretty decent and it includes 3 SP120 RGB fans.

Next up is the main storage drive for windows. We chose a new 250GB Samsung 970 Evo NVME M.2. If youre building a new machine and not putting in an NVME m.2 are you really building a new computer at all?

We chose red and black Thermaltake cable extensions for that custom look. The include all of the cable combs you could ever want or need. 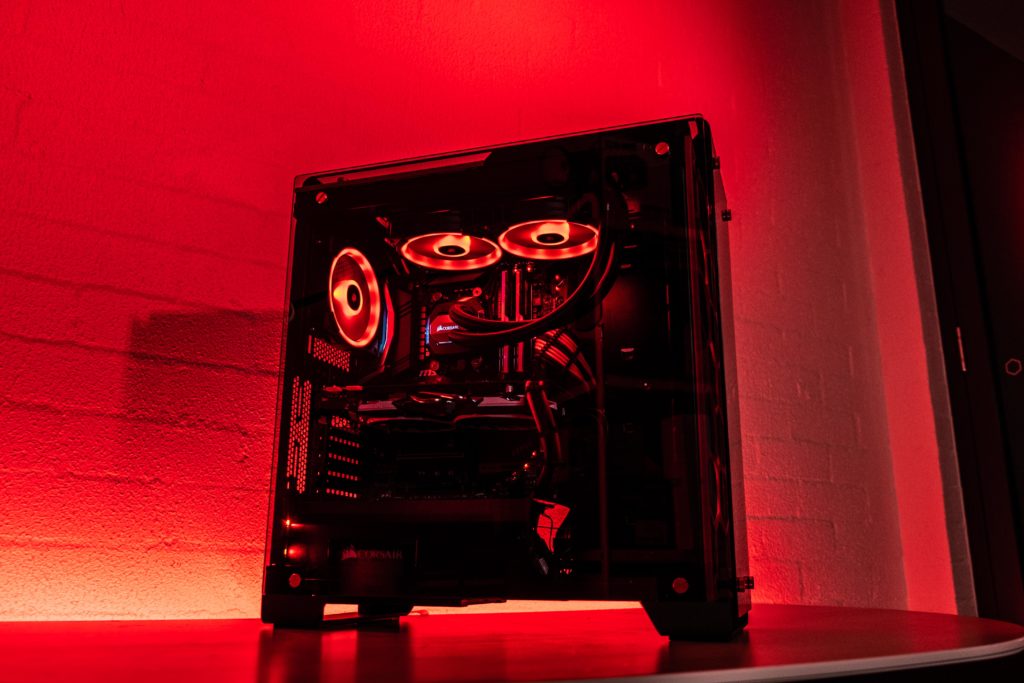 For cooling we chose the corsair H100i v2 because its pretty competent at cooling a 2700x from experience. Were replacing the stock fans with 2 corsair LL120 addressable RGB fans. For that extra splash of colour were adding 4 corsair addressable RGB strips as well. Don’t worry, were not unicorn spewing this build.

Lastly the GPU. Its a GPU we had on hand. Its an MSI GTX 1070 OC. Its got plenty of kick for what this machine will be used for.

After playing around with this machine for the past day and putting it through its paces, its an absolute beast. I really like how it turned out and really like how well it performs. For me the best part in the build and the part that surprised me the most was the motherboard. The MSI x470 gaming pro carbon is one of the best AM4 Boards I’ve used to date. Good job MSI. Legit. I love it. I think I’m gonna get one for myself.

Special thanks to Fraxcion for letting us build this monster. Make sure you head on over to their new site and check it out and if you want to grab anything you can use the discount code GEARSEEKERS at checkout.

ABOUT US
We are tech and camera aficionados with a penchant for discovering new gear. We'd love to review your products! You Peek, We Seek
FOLLOW US
© Designed & Developed by Gear Seekers 2018 - 2021
MORE STORIES
Gaming