After building my new threadripper machine I had a pretty decent set of parts left over and I had a pretty nice case left over from my old gaming machine, so I decided that Id build a custom loop with everything I had left over. The twist I started building this at midnight on a Sunday. The parts were staring at me and something had to be done. 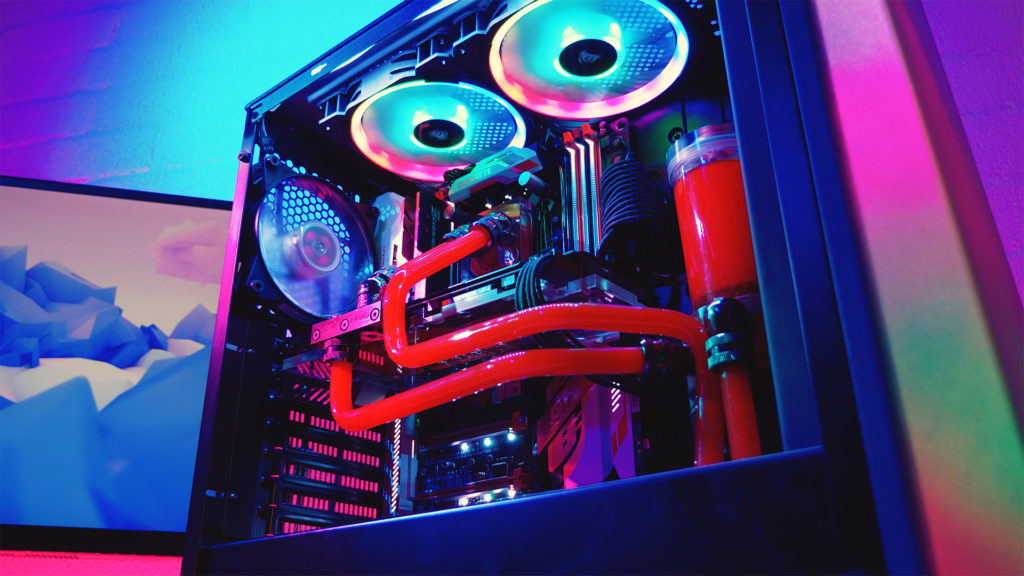 Since this is kinda like a quick build log I thought Id quickly talk about everyone’s favourite part, the parts. The Case is the Phanteks Eclipse P400S tempered glass edition in antracite grey.

The motherboard is the Gigabyte X99 Phoenix SLI. The CPU is the Intel i7 6900K. I know, an Intel CPU, Its been a while since we built something with an Intel CPU.

For memory I’m using a spare 3200Mhz 16GB Kit of G.Skill Trident A RGB. Yes, I know I’m not using quad channel on this motherboard. That’s going to change. All the Waterblocks are EK blocks and all the fittings and pipes are from XSPC.

Last but not least the GPU is the Gigabyte G1 gaming GTX 1070.

Okay so you might have noticed that the loop layout changed mid build. I thought Id try something a little different but it didn’t end up going to plan so I switched it to a more practical loop design. I knew it wouldn’t work but I just had to give it a go. You know how it is. I wanted to challenge myself a little bit with the Eclipse P400S as its kinda tricky to build a custom loop inside of.

If you’re interested in the performance and temperatures I might do another video covering that but to be honest, I’m not really happy with this build so by the time you guys want to see that it will probably have been rebuilt and Ill have another build video out. Its not the performance I don’t like, because its pretty impressive, its just the overall aesthetics. I like my loops to look good as well as perform.

If you have any questions about anything to do with custom loops come join us on Discord and have a chat. Don’t forget we have a giveaway going on right now with our friends at cooler master. There is a link in the top right hand corner right now if you want to enter the chance to win a Cooler Master MasterKeys MK750.