Weve been asked to cover more budget based computer parts so when cooler master reached out to us and asked us to check out their brand new Cooler Master MasterBox TD500 we couldnt say no. 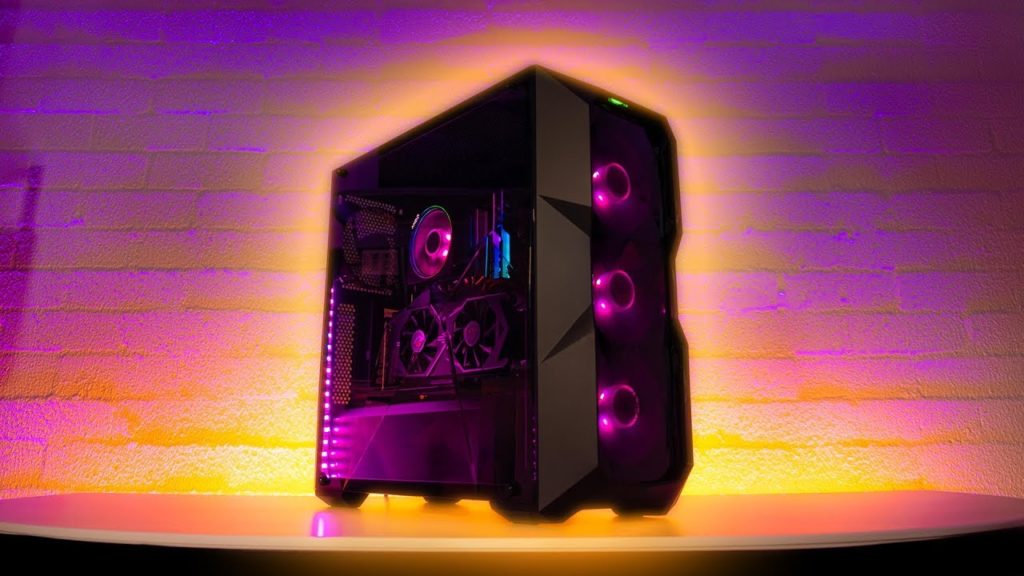 In this video were going to build a mid tier gaming pc in a budget case. But Who said budget couldn’t be beautiful.

Okay lets kick it off by talking about your favourite part, the parts. The motherboard were using for this build is the ASRock Fatality X470 Gaming K4. This board is a beast. If youre interested in getting a closer look at this board we did a video about it and you can watch that in the top right hand corner right now.

The GPU were using the new ASRock Phantom Gaming AMD Radeon RX580 8G OC. This is the Pinnacle of the Polaris Architecture and this card is an absolute monster for 1080p gaming.

The CPU were using for this build is the AMD Ryzen  7 1700. This little guy packs 8 cores 16 threads. Were using this CPU for now in this system because were waiting for another CPU to arrive from AMD.

Were using the wraith prism from a Ryzen 7 2700x because we have a stack of them and for the Ryzen 7 1700 its pretty perfect.

The RAM were using is 16GB of G.Skill Trident Z RGB clocked at 3200MHz. We love this 16GB kit and is one of our favourites.

Last but not least is the case. The case is the brand new Cooler Master MasterBox TD500. This case is absolutely gorgeous. You’ll see what I mean.

Quite surprisingly the airflow of the TD500 is really good. I really like how this build turned out and although it has no tempered glass the geometric shapes on the acrylic panels look epic. Especially when light bounces off them from a certain angle. When I unboxed the case I couldn’t really tell how it was going to look. The second that the plastic wrap came off my jaw dropper. Its seriously a beautiful case.

This build is not staying as is because we have something much cooler that this hardware is going to live in but you’re going to have to subscribe with notifications turned on to see when it goes live.

Special thanks to ASRock and Cooler Master for always supporting our dream of building beautiful computers for you to enjoy. Without their support we wouldn’t be where we are today!