Usually computer part manufacturers are silently at war with each other. Until now. At Computex 2018 Cooler Master, ASUS, Team Group and a few other manufacturers decided that it was time to join forces and create The Ultimate force. The TUF Gaming Alliance. 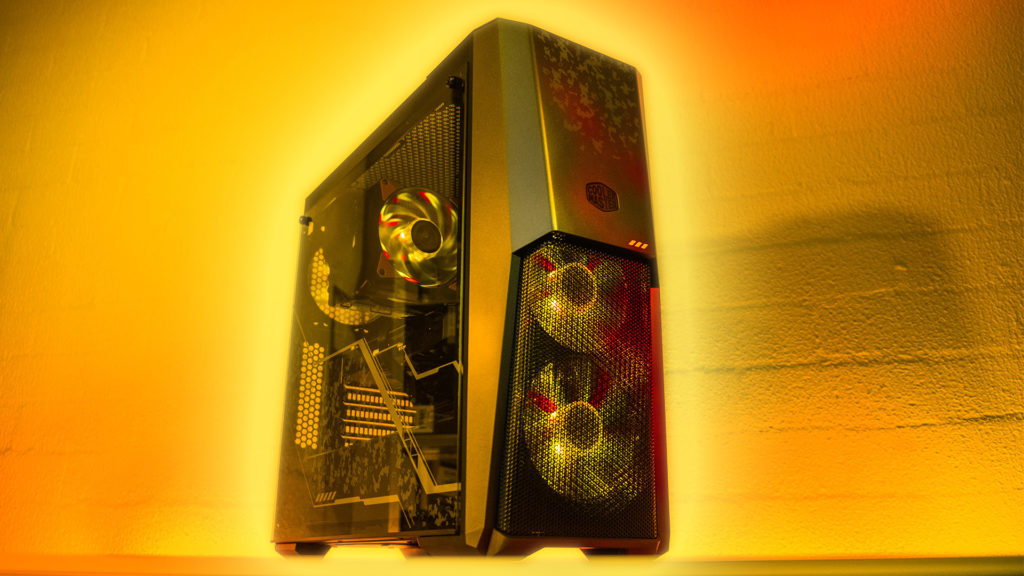 Cooler Master ASUS and Team Group reached out were like here have these awesome new bits of hardware and build something really cool. So That’s that we did. Strap yourselves in and come along for the ride.

This is actually a pretty exciting build, it may not look like it but this is the least RGB build that we’ve done in a long long time and as much as I love RGB, yes I have admitted to loving it a lot here, I feel like its a little bit refreshing if I’m honest.

Just like every other build guide we do here I’m not going to teach you how to build a computer because there are plenty of other channels out there for that, buttttt I’m going to talk about your favourite part, the parts.

ASUS sent over their brand new Z370 TUF Gaming Plus motherboard, This is different to the other variant they make as it has RBG illumination under the board itself.

Now don’t get upset but I’m using the Intel i5 8400. There is a reason for it. The reason is Im not made out of money and I already have one and it wasn’t being used and fits this board. As far as gaming is concerned it is perfect. That’s what this build is all about, gaming.

Team Group sent over a 16GB DDR4 3000MHz kit of their new Vulcan TUF memory. I love that it doesnt have RGB on it. It feels like NON RGB stuff is the new fancy stuff these days.

For storage were using a 250GB WD Blue M.2 SATA SSD. This machine will have steam and a few games installed so it doesn’t need a tonne of storage.

The Cooler were using is the Cooler Master MA620P TUF Edition. We did an install guide for this cooler, there is a link to that in the top right hand corner right now.

And finally the case is the Cooler Master MasterBox MB500 TUF Gaming Edition. This case is designed for airflow with its open front so its the perfect case for a gaming rig.

This machine does exactly what I want it to do. Play Quake Champions at a great framerate. I’m going to be using this new build as my main gaming machine now and retire my 6900K rig as its pretty overkill. I think the only change I’m going to make is switch the 1060 out for a 1070 that I have here too.

I want to give a special thanks again to Cooler Master ASUS and Team Group for sending over all the parts for this epic new build.