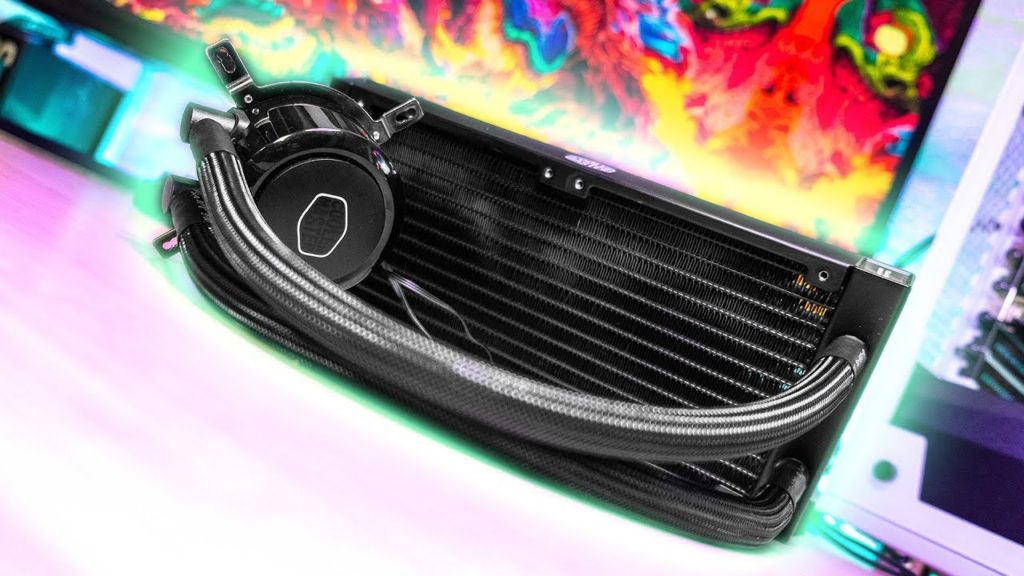 Lets talk about all things AIO and address those very common misconceptions.

Before we start I’m going to refer to closed loop all in one water coolers simply as an AIO. Yes I am aware there are different types but for the sake of this video. AIO is the terminology were going to go with.

One of the most common questions is about refilling your AIO. Okay almost every single AIO minus a few of them is actually serviceable. Lets make this clear from the beginning. You should never have to refill your AIO, ever, full stop, period. That’s mainly because you physically cant change it, even if you wanted to. Yes I know Gamers Nexus has done but its completely pointless and also that is for demonstration purposes only. It is not practical.

They are designed to never ever have to be serviced or have any fluid changed. A lot of people think a closed loop all in one water cooler is the same as building a custom loop. Its not. Its completely self contained and like i keep saying it doesn’t require any servicing of any kind. In fact if you tamper with it and try to crack it open it instantly voids your warranty.

There are open loop AIO coolers that have quick disconnects but most of the time we will let you know if that’s that case. We will make it really clear that they are a hybrid. Some examples of these coolers are the AIOs made by Alphacool and EK. Some of them allow you to refill them but we haven’t covered any yet, and to be honest. I think they are kinda pointless. If you want a custom loop build a custom loop.

Another really common question we get is about reservoirs and pumps. Lets make this clear as well. They are not required for an AIO. The fluid is contained inside the cooler itself so doesn’t need a reservoir. Basically the whole AIO is a reservoir.

There are all in one kits from companies like EK, Thermaltake, cooler master and alphacool but they are basically custom loop kits with everything included and not a closed loop AIO.

The pumps themselves are usually in the CPU block that mounts directly to your CPU, You will sometimes hear the name Asetek thrown around. They are an OEM that makes a lot of the base designs for companies like Corsair, Thermaltake and Fractal Design etc. They own the patent to a certain type of AIO design, which is the most common type that you will find when looking for an AIO

There are different pumps on some AIOs due to those patent laws. Like Cooler master uses their own dual chamber pumps that are completely different to the Asetek pumps.

Another common question and misconception is about leaking. In all my years of using AIO coolers I have never ever seen a single one leak. I’ve literally used hundreds of them over the years and never ever seen leaks. Not even once. Anyone who has a leaking AIO has some something really stupid when installing theirs.

Okay so are there things that can go wrong with AIOs. Of course. Nothing is ever perfect, but most of the time its user error. Well that’s what I like to call it.

One of the most common things I’ve seen with mainly older Asetek gen 4 and previous pumps are the pumps themselves ceasing and not working. When I say common though I mean that its not that common at all. Most of the time though if you do have a pump problem which is not common you can send them back and they will be replaced, provided your AIO is still inside of it warranty period. That’s just common sense though

The only other problem I’ve seen with a single AIO is the fluid inside it evaporating over time. Ive seen it happen once and once only. It was on a Corsair H100 GT. We noticed the CPU temps hitting over 70C on idle and did a little bit of inspection and there were no fluid in the AIO. There was no dripping no leaks, nothing. The only explanation is evaporation. Luckily for you they don’t make those anymore.

Lastly I wanted to talk about radiator placement and fan orientation in the case. There are plenty of videos addressing this all over YouTube so Ill just summarise the points of all them for you.

Every single case is different. We’ve had comments asking why we put fans on a radiator a certain way and that the way were doing it is wrong. We’ve had every single type of comment you can imagine.

Like I just mentioned every single case is different. We know what were doing. We’ve been building PCs for over 20 years. If I build something and the fans are different to what you’ve seen in a manual or a guide then most of the time those manuals or guides are wrong. We’ve had heaps of comments relating to the manuals being wrong and us saving people from going insane and getting things installed correctly.

Thermaltake V150 TG: So Close To Being Awesome

ABOUT US
We are tech and camera aficionados with a penchant for discovering new gear. We'd love to review your products! You Peek, We Seek
FOLLOW US
© Designed & Developed by Gear Seekers 2020
MORE STORIES
Computers