Even though we are quite a small channel brands like sending us things because of the quality of our work and the way we talk about products. We try and make it simple for the everyday person and try not to complicate it with too many numbers or too much jargon because it will probably melt your brain. 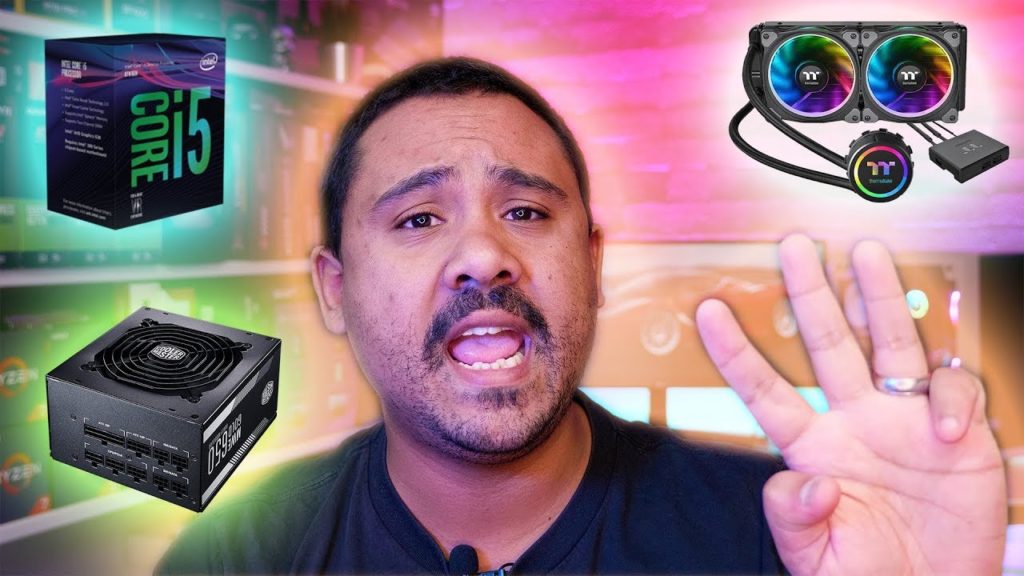 If you’ve been looking at adding a little bit more overclocking potential to your system and a 240mm AIO isn’t your jam you cannot go past the Thermaltake Floe Riing RGB 280mm Premium edition. When looking at AIO water coolers a 280mm version probably isn’t the first size you look at because its a bit of weird one if I’m honest buttttt From years of testing and using 280mm coolers in my personal rigs I think they are the best size for any high end CPU’s and the Floe Riing 280 TT is no exception.

Unlike other 280mm coolers you actually get a fair bit for your hard earned money. It comes with 2 140mm Riing Plus addressable RGB fans and the controller to run them. Most other AIO kits come with boring black or grey fans, with the Floe Riing you get every colour of the rainbow and then some. Thermaltake has made major strides with their software lately as well. You even have the ability to control your cooling right from your phone. Which is very cool.

They are compatible with pretty much every single socket including the 115x, 20xx and AM4 sockets as well as Threadripper with AMD’s included bracket. At time of filming they are going for around 150USD and for an AIO Water Cooler with fully addressable RGB included. It’s worth every cent.

I think I’ve owned more Cooler Master power supplies over the years than any other brand. I’ve never had a problem with them ever. Full stop. Even to the point of from around 2010 until only last year I was running a 750W Cooler Master PSU in my main editing and workstation rig.

The Cooler Master MWE Gold 650 Full Modular Power Supply follows on from my love of their power supplies. If you’re sick of having a jungle of cables in your case then this is probably the power supply for you.

As far modular power supplies go, they can get pretty expensive and especially ones that are 80 plus gold rated. Cooler Master has come to the table with something that is actually really good. The MWE650 80 plus Fully Modular that I had, we used it in the Fraxcion build from a few weeks ago.

If you’re interested in one you You can pick one up from around about 115USD at the time of filming.

Okay this last part has featured a few times over the last month or so on the channel but I feel now that I’ve had a decent amount of time for testing and I can now tell you how I feel about it. I’m talking about the Intel i5 8400. When I bought this CPU I didn’t really think about it being a performance focused chip. I’m used to daily driving high end CPU’s like the AMD Threadripper 1950x so when I started gaming with the i5 8400 I was well and truly blown away by it.

I’m not going to talk about frames per second or temperatures because it doesn’t really matter. What matters is that for most games paired with a decent GPU it can play them very very easily. And that’s really the point of this CPU. Its designed for gaming.

Even to the point where I’m currently using the 8400 in my gaming PC now because of how well it performs. If you are interested in some numbers the base clock is 2.8ghz and it boosts very easily, mind you with adequate cooling, up to around 4ghz.

I seriously cannot talk this CPU up any more. I love it. The other thing I love about it is the price. If you’re interested in getting one, at the time of filming its anywhere from 200USD to 240USD depending on where you’re looking.