I have a bit of international travel coming up and the thought of me lugging around my old Canon 6D made me feel sick to the stomach. The sheer size and weight of it is just too much for my needs right now and probably in the future as well. To be honest Canon just doesn’t tick all the boxes for me anymore and it was time for some the standard “new year, new me”

Let’s talk about the fundamental reason why I jumped ship. This might rub some people the wrong way but this is my opinion.

Over the course of 4 years I feel like the 6D was becoming stale and limiting my progression in photography. I personally feel like I mastered all the features that it offered and no matter what L series lens I slapped on it, I was being held back by the 6D itself.

No amount of bokeh could make up for the fact that the 6D didn’t produce the greatest colours. I wasn’t wowed when I took a photo with it anymore and post processing felt like a chore to get everything looking the way I wanted. I mean, when I take a photo, I want the camera to do a majority of the work, I don’t want to have to spend countless hours behind my computer fixing up the flat colours the 6D produced.

The 6D is also a very heavy boy and paired with my favourite lens, the 35mm F1.4L it was like carrying around a slab of VB around your neck all day; it gets tiring!

I last took the 6D with me to Europe in 2014/15 and it produced some amazing landscapes but walking around the streets of Munich and even going on what was supposed to be relaxing hikes became a nightmare lugging around such a heavy camera.

The 6D also didn’t have the best autofocusing either. The lack of AF points, well the fact that it literally only had 11 AF points and with only one cross-type, most of my photos were literally either focused on the wrong subject or just simply out of focus.

The lack of a flip-out screen was also something that bothered me. When I first got the 6D I didn’t think it was going to be that much of an issue but as time went on I noticed it more and more and just wished that the screen flipped out.

Do you know how many beautiful selfies have been sacrificed because of this?!

As I mentioned earlier I’m going overseas once again and the 6D didn’t make the cut as a travel item.

I was even considering not taking a camera at all and just relying on my iPhone X but the photographer in me said no, you need a proper camera mate.

Now you’re probably wondering “Hey Stathi, you invested so much money into Canon lenses, why didn’t you just buy a 5D Mk4?” and that’s because I feel like Canon have really dropped the ball with their new generation of cameras.

None of the features they have excite me; to me they’re doing an Apple – producing new flagships with the technology of yesteryear in them. They are just no longer innovative. I also didn’t want something that weighs half a metric tonne and over the past four years I’ve learnt that shooting in full-frame isn’t the be all and end all. 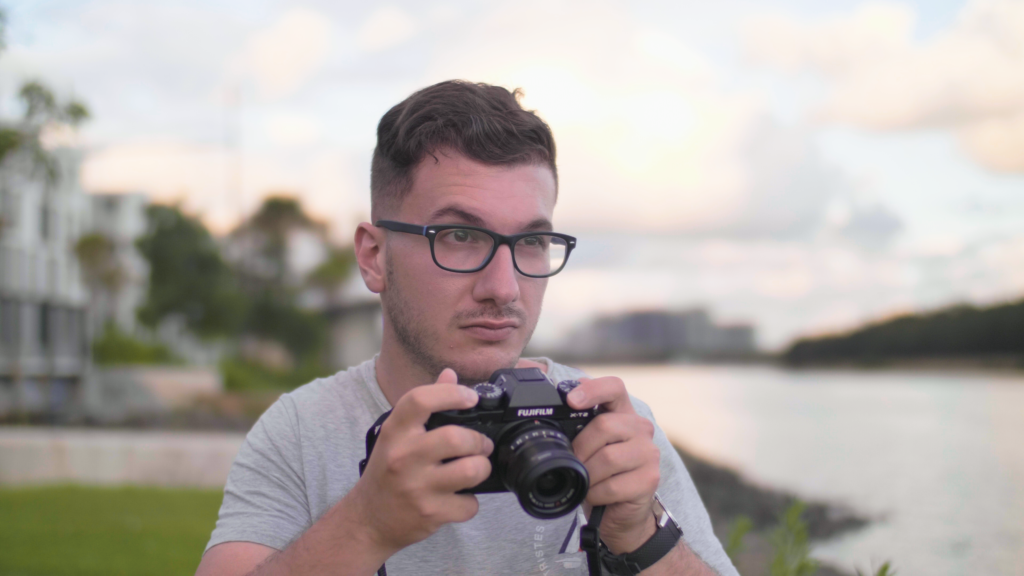 Now let us get on to why I chose the Fuji X-T2 over a new Canon camera. Aside from the obvious, that it is significantly lightweight in comparison I wanted to see what that mirrorless life was all about.

Nick was kind enough to lend me both his X-T2 and XT20 for a few days and honestly, after playing around with them for just a weekend I noticed that the clarity of the photos I took was absolutely phenomenal. Being a mirrorless camera the lens sits closer to the sensor and I’ve honestly never come across photos with such clarity.

I’ll also admit that the colours the XT2 produces are just stunning. No more flat colours that look dull and boring and need hours of post processing, they’re just vibrant from the get go.Fuji’s colour science is just amazing.

One thing I immediately fell in love with on the XT2 was the old school dial systems. The main tools to shoot your photos aren’t hidden behind a button or menu setting; everything is right there, on the top of the camera so easily accessible.

The XT2 also sports a flip out screen. I’m glad it does but at the same time it’s a bit of a let down too. It doesn’t flip-out 180 degrees horizontally but at the end of the day that isn’t much of deal breaker for me.

Another little feature that is so unbelievably awesome is having an EVF. The fact that I can frame and focus on a subject, take my photo then have a preview of that exact photo on my viewfinder without having to jump into a menu or take my eye away from my subject is just so amazing.

Long gone are the days of jumping backwards and forwards from menus just to see previews of photos, potentially losing the framing on my subject and having to basically re-setup and focus. As the wise Wayne Gretzky said, “You miss 100% of the shots you don’t take”.

As I mentioned earlier, I was able to play around with the XT20 as well and you’re probably asking yourself why I didn’t opt for that camera either. Despite being almost the same camera it just lacks a few little things. It’s just too small in my hands, there are no dual SD card slots and it isn’t weatherproof.

So who is the XT2 aimed at? Well like me, I believe it’s aimed at travel photographers who know what they want and want everything to be in reach. It’s just a great, balls to the wall and easy to use camera.

The Fujifilm XT2 ticked all the boxed for me in a new travel camera. It’s compact, weatherproof and so user friendly it’s not funny. Fujifilm has hit the nail on the head with this lineup of mirrorless cameras.