You know, being a photographer or a videographer or a bit of both, it’s easy to forget that at the beginning, we were all pilgrims in an unholy land. We had to start gaining experience from somewhere, and we had to plant our feet at a metaphorical muddy swamp in the middle of nowhere, surrounded by vicious beasts that came in the form of forum thread beefing, and confusing YouTube tutorial videos that used technical jargon which made no sense whatsoever.

Of course, having reached a point where I am definitely more comfortable discussing the ins-and-outs of camera specifications, storytelling and whatnot, often it is tempting to be spec-whoring and forget that what really matters in the end, is the story that camera enables, and this… this enabler… this was my journey of humble beginnings.

Being that this was my first HD camera, the upgrade from SD to HD was phenomenal! Though in today’s world of 4K and its law of diminishing returns, the footage looks subpar. This was the day when using laptop webcam and Windows movie maker was the extent of my filmmaking skills (show Asians vs Chinese video).

I went against the trend of using the Flip camera which was all the craze back then and looked really cool tbh, and instead opted for a camera that no one had talked about. 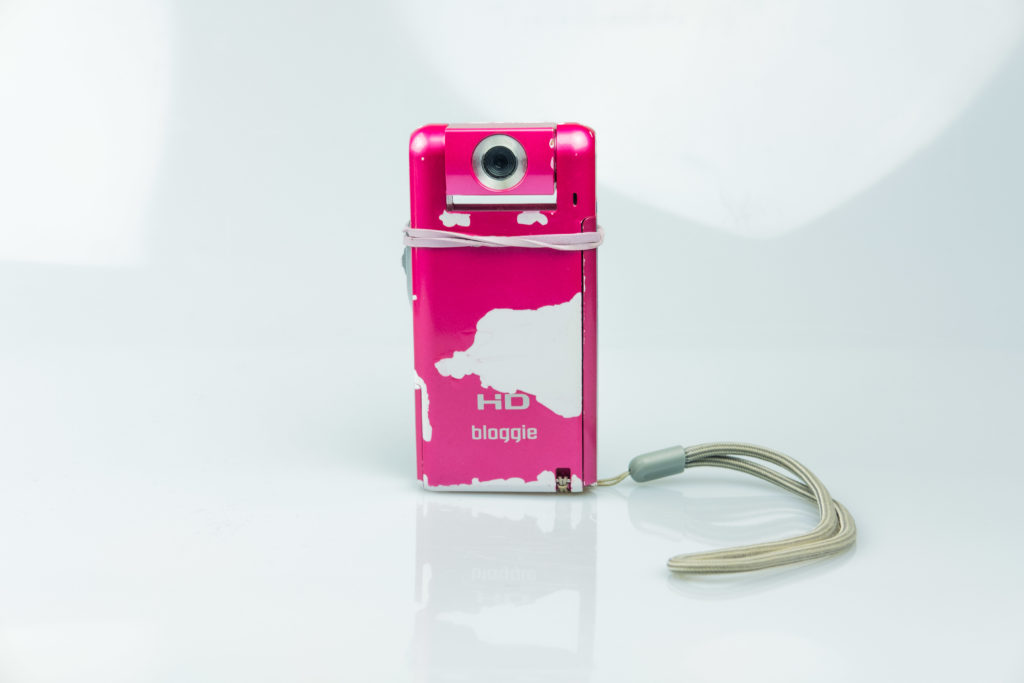 The advantage that cameras like this and the Flip camera had was that you could hold the camera upright and record horizontal videos due to the sensor being positioned accordingly. Of course nowadays, with Snapchat, filming vertically is still common, but outside of Snapchat is where society draws a line.

Of course, the cinemas would be very narrow, but then… that means you can fit more cinemas in one space… hmmmm… more revenue… more screenings, more bums on seats…

That’s it, I’m… I’m a pioneer! I’m gonna be so rich! I’m going to go out there and pitch this idea to the Hollywood executives! I’m the new Ang Lee! Anamorphic vertical movies? Now that’s raising the bar! That is fantastic…

Anywho, enough of my delusional and unrealistic fantasies and back to the Bloggie. As the name suggests, the Bloggie was made for the bloggers. More specifically, the bloggers of the early 2010s. The idea of vlogging instead of blogging was emerging, and it is cameras like these that helped establish this practice. One major advantage that the Bloggie had over the Flip was the ability to do this (flip the camera). For a camera that is called the Flip camera, why doesn’t it have a… flipping camera huh? huh? XD? Sony just one-upped you!

You can flip the camera whilst it’s recording like how in Snapchat you double tap to switch cameras, but in transitioning so that the video is upright when you flip, the video glitches out for a short time resulting in this. The camera also came with an accessory that you attached to the lens when it was pointing up, and it allowed you to record 360 videos… kind of… (see if I can find the actual accessory).

The camera came in 4 colours, white, pink, blue and dark purple. I got the pink one because it was the only one left, it was cheap, and it was used for demo purposes at the counter.

You can have any colour so long as it is… pink…

As you can see, the build quality of this camera has definitely degraded over time. It looks like all they did was layer a pink skin over the original white. The design is fragile, especially with the camera and SD card compartment, which is prone to jamming if opened and closed incorrectly. The reason I have this rubber band here is that I have dropped the camera on multiple occasions because I was a little kid and I don’t value tech or anything as much as I do now.

You’re young and you don’t realise your own mortality or the fragility of the objects around you.

At one point, the little switch that kept the battery in place snapped off, and so I had to use this rubber band to hold down the battery in order for the metal contacts to stay in place.

The screen is comedically small and low-res, so no one can tell how good the videos truly are until you view them on a computer screen. There is an obligatory speaker and a front facing microphone, A/V port, retractable USB plug for charging and file transfer, digital zoom, video and photo button, tripod mount, and an on/off switch. A neat little feature is that you can flip out the camera and it’ll turn on. Likewise, you want to turn it off, flip the camera down again!

Video quality (make mention of NTSC and PAL switching making no difference at the end).Low light performance being garbage.

Let’s talk photos and videos! Whilst this can shoot photos, this was meant for vlogging. Photo-taking seems to be an obligatory inclusion, and they’re 5MP which for the time, gets the job done. It’s already a higher resolution than 1080p! So photos, gets the job done, not much to talk about!

Though there is an option for switching between PAL and NTSC mode, for some strange reason you cannot get any videos at 1080p 25fps or 720p 50fps. WTF?

The videos have a bitrate of and are for assembling, not professional colour correcting, but that should be pretty obvious.

To quote the great John Cleese, Fawlty Towers, let’s get into the Bloggie’s Specialist Subject: the bleeding obvious. There is one lens, one fixed aperture and a tiny 1/4” sensor. White balance, shutter speed, ISO, focusing, all of that is automatic. With such a small sensor everything’s going to be in focus anyway which fits in with its vlogging purpose. I mean, this camera is VERY lightweight and small, which makes this camera ideal for VERY shaky handheld videos. Remember though, there is that tripod mount if you so choose, but having a little pink camera on a tripod like this…? Well it may not look the most adorable or appropriate but it gets the job done.

Now the sound quality is what you’d expect for a cheap camera like this, it’s not professional, it’s not potato quality, it’s nothing to complain about for this budget. I do find it strange though that for a camera that is aimed at simple vlogging, having the camera face you is very convenient as you can view the screen and position yourself accordingly, but the microphone is now positioned away from you which kind of defeats the purpose of having that flipping camera.

I kind of sound like I’m passive-aggressively non-swearing when I say flipping camera don’t I?

So the mic is good for filming the landscape and the people in front of you, which means that the Bloggie is literally only half-good!

Just to have a little mandatory dig at Canon once more as required by law… whose law? MY law!… let’s compare the footage to the Canon 80D’s 1080p video quality.

BOOM… not much has changed… of course the advantage of a DSLR are the controls it gives you full control over… well… EVERYTHING! Again, specialist subject: the bleeding obvious.

So everything is automatic, and for the kids that wants to do light-hearted skit videos, this definitely gets the job done! The low-quality of the videos and sounds is what adds to the charms of those skit videos. However! Do not shoot in low-light!

There was no segway in that change of topic whatsoever…

When shot in low-light, the video visibly produces this slowing-down effect which I can only attribute the cause to the camera lowering the shutter speed to compensate for the exposure. So most likely, this 30fps video is being shot with a shutter speed of 1/30th of a second which adds all this nasty motion blur. Perhaps it is a combination of a small sensor size, low ISO limit and low bitrate, but I’m talking about being in a *slightly* dim room and the video quality takes a nose-dive, unless you’re in a dream-sequence or a flashback that takes place in the dark for some strange narrative reason. Again, it’s what the camera enables.

That can be a creative exercise! Shoot an entire short film with the Sony Bloggie! Alfred Hitchcock: “To make a great film you need three things – the script, the script and the script.”

That brings me back to my main point, this camera is an enabler for beginners. It is grounded, humble, and is a great standalone camera that is perfectly suited for beginners… back in the early 2010s. Right now I guess you’ll be able to buy one second-hand off eBay, I don’t know if Sony still sells them, but then again, you’re young and you’re just starting out and you don’t exactly have a solid idea of what even a budget is, then this camera would be a good stepping stone. I mean, I got to where I am didn’t I?

As a beginner you wouldn’t have to worry about lenses and film equipments, which means that all you are worrying about is the story that the Bloggie enables you. At the end of the day, tell stories that moves people. Never forget that, and never forget your humble beginnings! 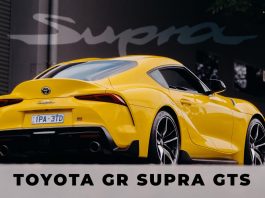 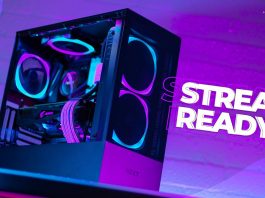 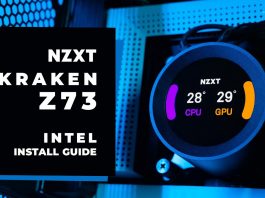 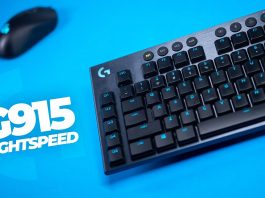 Best Keyboard For Content Creators with a Catch – Logitech G915... 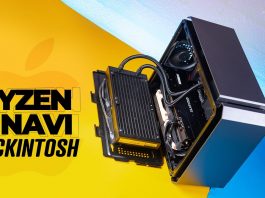 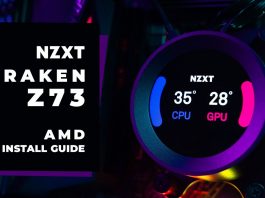